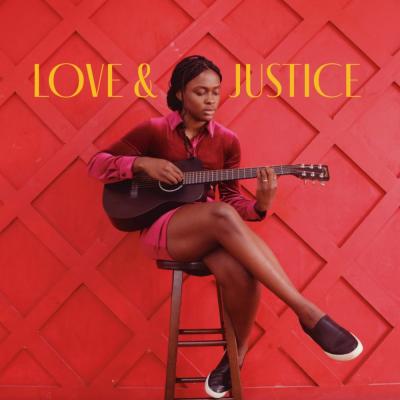 From the first notes in Love & Justice, you know that you're in for something captivatingly unique from Grace Victoria. The NYC-based singer-songwriter is using her mid-century musical prowess and combining it with lyrics that directly deal with her own experience as a Black woman in America. To either its fault or its strength, the album almost reads as a musical unto itself. There are a handful of different methods at work here amongst these dozen tracks. You have the samba-style guitar tracks like the opener "Down in Virginia" and "What Have You Got to Lose?" Then there are piano-heavy compositions like "Guilty" and the theatrical "Perhaps," along with more modern-sounding beats of "Mirror, Mirror" and "Black Looks Better on Me." Victoria is obviously well-versed in the music of the past, employing jazz chord changes that often evoke the mood of an anachronistic cabaret. Here, Victoria isn't afraid to pull any of her punches lyrically, explicitly referencing her own Blackness, seemingly speaking directly to a white audience at times on tracks like the closer, "Undercover Ghetto Girl," her frankness and openness hopefully not lost on the listeners that need to hear it.