Grammy-winning Guitarist to Perform at the Phil 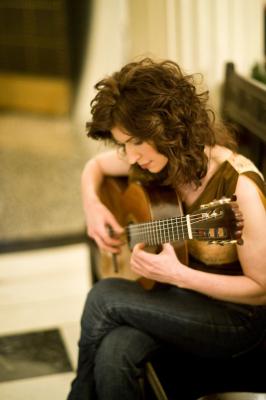 "She's probably one of the best guitarists of all time," Weiser said, calling Isbin the "Yo-Yo Ma of the guitar."

He says nothing short of a "perfect storm" and "luck" brought the world-renowned musician back to the Erie stage, adding to the already impressive lineup that seemed likely to sell out on its own merit.

Led by conductor Daniel Meyer, the show begins with a performance of Benjamin Britten's Four Sea Interludes and after Isbin's performance, ends with Nikolai Rimsky-Korsakov's Scheherazade, where the Philharmonic's concertmaster Ken Johnston will play the virtuoso solo violin role.

When previously playing at the Warner Theatre, Isbin had performed another piece by Rodrigo, the first guitar concerto ever written, Concierto de Aranjuez.

"Playing Spanish music is close to my heart," Isbin said.

She explained that Rodrigo's Fantasia para un gentilhombre is a work he composed for the late Andrés Segovia, whom she studied with as a teenager. She'd later meet and befriend Rodrigo in Madrid, after he heard her perform in and win the Queen Sofia Competition with one of his songs.

More recently, Isbin has collaborated with the Argentinian-American opera star Isabel Leonard on the all-Spanish Alma Española. Its producer, David Frost, received a 2018 GRAMMY Award nomination for his work.

"I'm excited to return to the excellent Erie Philharmonic after all these years, to revisit the majestic Warner Theater and to perform with the outstanding Maestro Daniel Meyer," Isbin said. — Tracy Geibel