Green Still Not A Go In Erie County 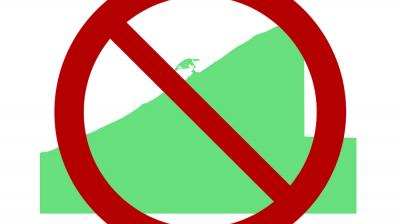 As Presque Isle beaches reopen for swimming this weekend, Erie County businesses and politicians continue to plead the state for a life preserver.

Although the (misleadingly labeled, some argue) "Green" Phase of Pennsylvania Governor Tom Wolf's phased reopening plan doesn't quite equate to full speed ahead — more like half that — it does represent a chance for long-sidelined small businesses to get their heads above water as the COVID-19 public health and economic crisis continues to grasp at their ankles.

Dr. Levine reported Erie County's metrics were "not favorable" for a switch to Green, with consistently higher COVID-19 case counts over recent weeks. Erie County Department of Health Director Melissa Lyon countered that her team had done "everything in their power" toward "building capacity and leveraging resources" for the Green Phase, with expanded testing and treatment capabilities to handle any further spikes.

"It may now be time to use metrics outside of traditional disease-measuring tools to make decisions about communities' readiness to move into the green phase," Lyon suggested. "We should be weighing social science metrics to make good decisions across the commonwealth." Nonetheless, she was grateful for six additional contact tracers on loan from the state as county reinforcements are trained.

Politicians voiced their disapproval and disappointment in strong solidarity from the steps of Erie County Courthouse Friday, with Reps. Harkins and Bizzarro both reacting to the sustained reopening restrictions as "uncalled for," and Bizzarro going so far to urge businesses to operate as if they were under the Green Phase today — which still calls for reduced capacities, social distancing, enhanced safety sanitation and protocols, and masking to limit disease transmission, but allows for those in the hard-hit hospitality and personal services sectors to reopen their doors. Concern was expressed about Erie County residents traveling to neighboring "Green" counties to acquire these goods and services anyway and spreading the disease in the process.

Merski reiterated that our two major hospitals, UPMC Hamot and AHN St. Vincent, as well as the Erie County Department, have all confirmed their preparedness for the Green Phase.

"I believe that we are a shining example in the commonwealth of how to truly fight COVID-19," Dahlkemper said, lauding the work of the contact tracers, the environmental team, local businesses, and the effort to invest resources in those businesses and partners. "We have prepared and we are ready."