By popular request, Jimkata, is presenting a final encore at the King's Rook Club. 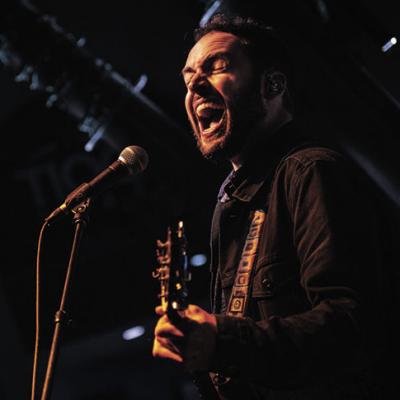 "Thank you to everyone," Jimkata posted to fans from in and around Rochester, Buffalo and Syracuse last month, after what was officially their last round of live shows.

Ain't live music just like that? Jimkata's — an adventurous, emotional, anthemic swirl of beautifully synth-washed rock — most definitely is.

And, with that being the case, "enough is enough" is, well, just not enough.

So, here they come again, Erie: Following its much-talked-about (and much-danced-to, and much-fretted-upon) official Farewell Tour in October, the Ithaca-based band, out of its own love of the game and by popular request, is presenting a final encore at the King's Rook Club.

"It was sad news when our good friends Jimkata announced that they were moving on to their next chapters in life," Ryan Bartosek said after the much-anticipated encore show's announcement. But "the band loves Erie so much that there was no way they could go without one more show at the Rook. Being one of our favorite bands, we were happy to oblige!"

It's safe to say plenty of Jimkata fans are happy that the band is happy to do it, and that the Rook is happy to oblige.

For Jimkata and everyone who loves them, next chapters can wait one more night. On the first evening of December, they're still on the one that's filled with daring, full-of-heart electro-rock bliss.