If Republicans can win just five positions (presidency and four senate seats) they will control both houses of Congress and the Presidency. Can they save us from the fiscal cliff? 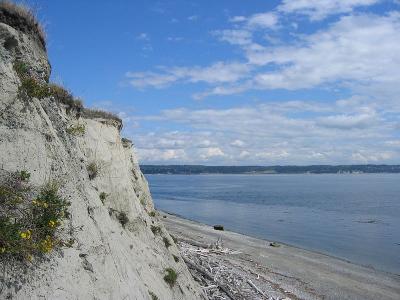 A Biden fundraising letter said that an election sweep of just five positions (presidency and four senate seats) would enable Republicans to control both houses of Congress and the Presidency, to repeal "ObamaCare," and severely cut our Constitutional general welfare programs. All voters, except the very rich, would put their wealth at much greater risk if they successfully voted for this outcome.

Romney, Ryan, and Tea Party representatives have made extremely clear their intent to make these cuts as soon as possible, avoiding only a severe fall off the "fiscal cliff." This is despite enormous unrepaired financial damage to millions of Americans from the Panic of 2008. Romney sets a goal of cutting government spending down to 20 percent of GDP while increasing defense spending to at least 4 percent. Ryan's "Roadmap" left out the badlands, future panics, unpredictable, severe, costly illnesses or accidents, etc. that middle class and poor families would have to live through with far less social safety net support.

American's income has become so insecure that 58.5 percent of adults will, between age 20 and 75, experience at least one year living on a poverty income. And that excludes college students. Ryan's "Path to Prosperity" didn't answer the question "Whose Prosperity?" Under it, the already rich blatantly get richer. The Congressional Budget Office projected that Ryan's "spending paths" would reduce federal spending for non-mandatory programs from 2011's 12.5 percent of GDP to 3.75 percent by 2050. That's a cut of 75 percent in non-entitlement programs in areas including Education, Veterans Affairs, Homeland Security, Intelligence, and Transportation.

None of the mainstream media headlined, simultaneously, the severity of the 2008 Panic and response to it. American households lost $12 to $13 trillion, about 38.8 percent of wealth, plus 8.5 million jobs. The Bush and Obama "stimuli" provided slightly under $1 trillion relief, obviously grossly insufficient!

Meanwhile, the Federal Reserve created, by keystrokes only, and provided extremely low interest loan money to the very banks that created the Bubble and Panic. Depending on what is counted, the total of such loan monies was $7.7 trillion (Bloomberg News) or $16.1 trillion, (GAO Report 11-696, 7/21/10) or $29 trillion (Working Paper 698, Levy Institute, Bard College.) It's simply not true that paper money is naturally scarce and its creation and lending inevitably causes inflation. Home asset values, and employment, could only be restored, "reflated," by massive loans to the millions of American individuals who lost these values.

All who knowingly applied for or approved "liar loans," up through top bank CEOs, Republicans and Democrats in office (money – corrupted de-regulators) are partly responsible for the Panic damage. But elected Republicans and Democrats, who have power to mitigate it, have instead conducted a four-year gridlock farce. Now the farce threatens, by going over the fiscal cliff (austerity) or electoral sweep, to turn into tragedy – deep, maybe irreversible cuts to general welfare programs, relapse into recession, suffering for the poor and middle class, and a lowering of American moral stature as a caring, charitable people. Yes, there are some "slackers" who get through vetting and undeservedly onto general Welfare programs. But it is not possible to cut only them off by cutting spending in general on these programs.

Let's consider "First Principles." What are the First Principles of America, as constituted? And how do Romney's and Ryan's proposals comport with them? Some conservatives claim they revere our Constitution. So here are our principles from the Preamble to the Constitution: "We, the People of the United States, in Order to form a more perfect Union, establish Justice, insure domestic Tranquility, provide for the common defense, promote the general Welfare, and secure the Blessings of Liberty to ourselves and our Posterity, do ordain and establish this Constitution for the United States of America." This Constitution also gives only Congress (not any "Federal Reserve") authorization "to coin money" and "regulate the value thereof," and gives exactly equal verbal authorization to "provide for the common defense and general Welfare of the United States…"

I understand how Social Security, SSDI, Medicare, Medicaid, EITC, food aid for the poor, federal aid for education, transportation, veterans affairs, etc., contribute to the general Welfare. Poverty makes ill will, damages unity, breeds unrest, not tranquility, allows injustice to go unchallenged, and restricts all sorts of liberties the poor could enjoy, if non-poor. These Preamble goals define the bedrock differences between private, for-profit corporations and respectable national governments "for the People."

I challenge any and all Republicans, from Romney down, to explain how the Romney - Ryan goals enumerated above override, in value to our general Welfare, maintenance of current expenditure level for these programs. I can only implore all non-wealthy voters, including conservatives, to avoid another sweep election of candidates who clearly promise inappropriate "business-like" goals that expose almost all of us to greater long-run risk of impoverishment.

This Editorial was first posted on OpEdNews.com