It's time we look in the mirror and stop saying "if-only." 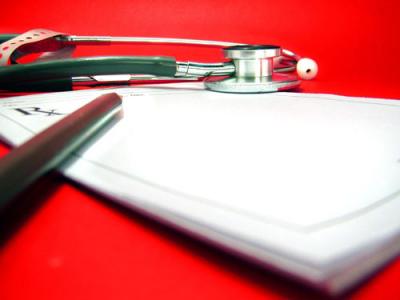 A prescription for fixing the city.

The news from nearly 14 years ago wasn't pretty. The City of Erie's population drop – confirmed by the 2000 Census and reaffirmed in the 2010 Census – also meant a drop in rank as Pennsylvania's third-largest city, a title that very well means something when our entire region seeks funding from – and legislative influence in – Harrisburg and Washington, D.C., even when the County's population has remained relatively unchanged.

A drop in the City's population even fueled some resentment and friction between the City and surrounding suburbs: the suburban population has grown, but the City still foots a heavy expense – via loss in potential property tax revenue, coupled with the cost of maintaining infrastructure and providing standard City services—as the home for many nonprofits and other services that serve the whole County.

However, similar to national trends, the inner-ring suburbs of Erie are feeling the stresses of infrastructure cost and stagnant or declining revenue. Add this to the struggles that have historically hit rural communities in a pronounced way, and we would be fooling ourselves to think of poverty as a problem unique to the City.

The booming outer-ring communities should begin saving up and taking note now, as they can easily find themselves in the same boat within a generation.

As an Erie City resident, a public official representing a significant portion of the City, and as someone professionally versed in the need for strong urban cores, I full-heartedly concur that Erie's population density should grow to ease the per-family tax burden, and to sustain neighborhoods and social networks.

But the prescription to the City of Erie's ailments is not as simple as lassoing suburbanites and corralling them in downtown townhomes, though it would definitely be a plus for the City's coffers.

The last matter we should worry about is whether the City is ranked third statewide in population; rather,  we should be looking at who we are, how we act, and who we welcome.

As well-put by a fellow participant in a Destination Erie workshop, the City of Erie owes its six-figure population status to refugees and immigrants. This is something that should garner special consideration, given our historic cultural and economic growth at the hands of other migrant influxes. Certainly, there is a reason people move here, even when the economy is not booming.

As a starting point, we need to figuratively check ourselves into rehab to shake this comorbid (yet somehow non-disparate) affliction of cynicism, stargazing, and foot-dragging. Such a repetition of jolt and sputter can only go on for so long before we end up too far down the road to Nowheresville.

What I would like to see is for the City of Erie and all its champions and purported devotees to put more emphasis on being an even greater community with the population we have, whether it is 90,000 or 110,000.

Erie is not Pittsburgh, nor is it Buffalo or Cleveland, nor should we strive to be those cities, because frankly, Erie is a damn good big-town/small-city; having large city status will not a utopia make.

Before we can expect more people to move here (which should be an outcome of us achieving our other true goals), we have to demonstrate our pride and love for what we have, and to build, expand, and highlight the great resources, localized events, amenities, and Erie-centric experiences that make us who we are.

Our actions don't have to be perfect, nor do they have to be grandiose.

If we wait until we achieve a certain end before we allow ourselves to express or enact these things, we'll forever be chasing a dream.

People don't relocate or travel to Allentown or Lancaster (more comparative communities) because those cities remind them of the Big Apple, B'more, Philly, or D.C.; they go there because they have a chance to carve out something new in a place that supports their hope and facilitates their energy and effort.

That is the foundation to the American experience.

The minute we look ourselves in the mirror and say, "I like me," is the minute we can lay down these misdirected "if-onlys." We will soon find our social circles grow to the point where more people and businesses will want to hang out with us, heck, maybe even cohabitate with us in the same arbitrarily drawn municipal boundaries, which of course leads to some homespun growth of our own.

The immigrants of bygone times didn't arrive in an Erie of perfection with a healthy savings account, and the same holds true for many of those who more recently call Erie home; they came to a place with just enough potential to make something of their own, and they were not alone in that optimism, nor were they afraid to act.

Let's recognize that American – and Erie – experience, celebrate our City and Region as a great place to be to carve out a better and brighter future for ourselves and our families, and embrace that – and all the challenges that entails – as the theme for our future.

Sure, there is work to be done, but I wouldn't want to do it anywhere else.