Gun Outfit // Out of Range

The album, Out of Range is country music seen through a heavily filtered lens. 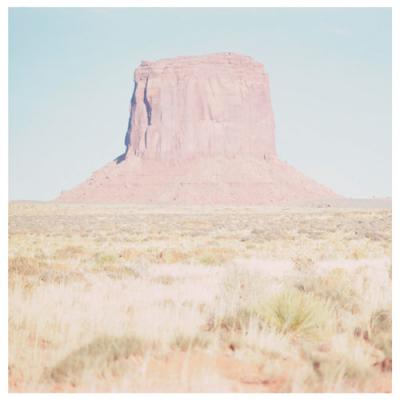 An acid- bleached, pastel visage of an Arizona butte on the album's cover appropriately signals what's in store for the listener. Filled with echoing twangs, the album is country music seen through a heavily filtered lens. Forging westward for their fifth full length album, Gun Outfit ventures even further out of the garage that they were planted in during their early days. Mostly abandoning fuzz (aside from choice moments like the lead guitar's growl in "Background Deal") in favor of saloon-ready slapback, the band hitches its wagon to their new sound. Still, the slightly more uptempo, psychedelic tracks get the most mileage — opening tune "Ontological Intercourse," "Strange Insistence," and "Sally Rose" being three prime examples. The latter, one of the handful of songs with guitarist Carrie Keith on lead vocals, gets the full late-1960s treatment, replete with an omnipresent ride cymbal and undulating phaser pans. Frontman Dylan Sharp helps carry the majority of the lead vocal duties, his deep voice giving off a faint haze of the Grateful Dead's Bob Weir, the sonic expanses traversing decades and distances for the Los Angeles quintet.