by Alex Bieler
View ProfileFacebookTwitterInstagramGoogle+RSS Feed
April 16, 2014 at 5:27 AM 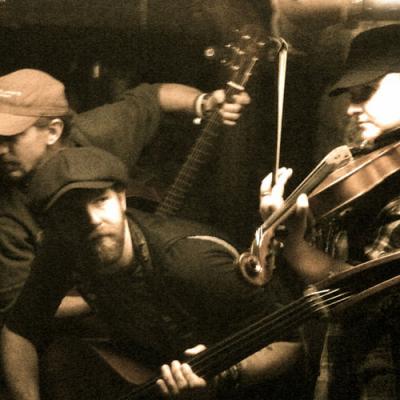 As winter finally appears to have come to an end, the reminders of the snowy season remain, with deep craters marking our city streets like the pock marks on Bill Murray's face, waiting to wreak havoc on our four-wheeled vessels. Still, while the potholes can ruin your day, the music of Potwhole can certainly make your night.

The gypsy folk group made up of Matt "Broke" Boland, Abby Barret, Tyler Smilo, and Todd Cline may have been playing together as Potwhole for less than a year, but the band has already made an impact on the area during the cold season. The foursome's flurry of strings and dark, twisted tunes ended up wooing enough locals to help the band take home the Blue Pike Music Award for the Alternative category this past February. Ever since then, Potwhole has been popping up all over town, with the band's next gig at the King's Rook Saturday, April 19.

Potwhole may be freshly formed this winter but this band certainly isn't just a bump in the road. You may have to dodge a few road craters on the way to the King's Rook, but the show at the end of the drive is a worthy crash-course in gypsy tonk. — Alex Bieler