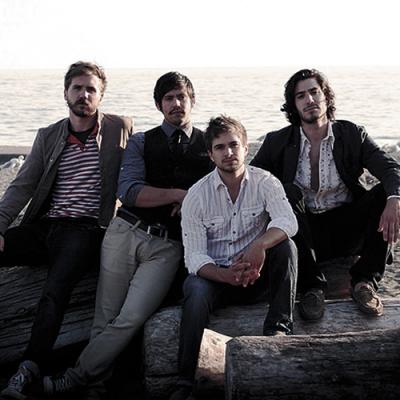 Unless you caught them at this summer's Great Blue Heron Music Festival or fall's Night Lights Music Festival, or elsewhere out on the road, you likely haven't heard much from Falling Hollywood lately. After a blister bout of regional gigging in 2014 to support their sophomore effort, Heavy Weather, the Erie-based alternative rockers dialed back their number of live shows around Erie.

But for good reason: They've been working on new material.

The band's debut release, 2012's Set The Table, delivered experimental folk-rock, drawing comparisons to The Avett Brothers and Mumford & Sons. Two years later, Heavy Weather featured a more Black-Keys-meets-Arctic-Monkeys feel, but the newest stuff they've been testing out at festivals goes even harder and darker, reminiscent of Queens of the Stone Age-esque desert rock. It's their most mature and well-crafted work to date.