Back by popular demand, Hank?s here to give you in the inside scoop when it comes to coaching your Fantasy Football team to greatness this season. 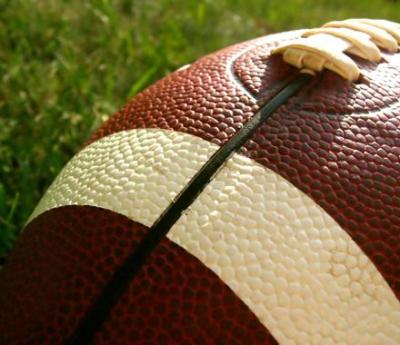 Welcome back to another year of fantasy football and another year of difficult decisions you will need to make to elevate your fantasy squad to a ?W? in any given week.  Hank is back and allow for me to be your guide and your reward may be fantasy pay dirt come wintertime.

By now, your rosters are filled out and your confidence is high?and rightly so.  You drafted with the expert cheat sheets in hand and there are no reasons for uncertainty.

But even in Week 1, the match-ups and current player statuses need to be considered, especially in this era of ?everyone is an expert? in fantasy football. Leagues are more challenging than they have ever been with the rise in fantasy sports? popularity and the greater number of resources available to the average owner.  Parity has even made its way to our fantasy leagues.  Thus, if you are serious about being competitive this season, you need to look at your lineup closely, week-in and week-out.

Here is who I like for the NFL opening weekend:

Mike Vick? You likely drafted Vick very high, as early as Round 1 in most leagues.  It?s time to put that wisdom to work and let Vick go crazy all over the Rams. Although I am leery of Vick staying healthy all season, this is a game to put him in your lineup and not think twice about it.

Josh Freeman? When the 2011 season winds down, Freeman will have been the biggest fantasy QB value pick. I like him hosting Detroit, whose pass defense leaves a lot to be desired.

Tony Romo ? The Cowboys need to shake off the ghosts of a horrible 2010 campaign, but Week 1 against the Jets will postpone any moving on.  Romo will have a tough night against a top-notch defense with exceptional corners.

Ben Roethlisburger ? Though Big Ben has won seven straight against division rivals Baltimore, his fantasy stats in those contests are average at best.  Outside of the playoffs last year, Ben has only thrown 2 TDs, along with 2 picks, in his last two games against the Ravens.

Arian Foster ? Start your No. 1 overall pick with pride in Week 1. The hamstring is fine, and Foster torched the Colts at home last year in the first week of the regular season to the tune of 231 yards and 3 scores.

Jamaal Charles ? I am not a believer in Charles? poor preseason carrying over into the regular season. He goes up against a Bills? defense that was last in the league in rushing defense last year and did not do enough in the off-season to significantly improve that.

Chris Johnson ? The holdout is over and the speedster known as CJ2K is ready to roll.  Johnson has averaged over 130 total yards and nearly a score over his last four games against division rival Jacksonville.

Ryan Grant/James Starks ? I like both of these guys in 2011.  The problem is, we do not know who the Green Bay coaching staff likes yet. Let?s see what happens in Week 1 before hitching your team to one of these horses.

Joe Addai ? With Manning as a Week 1 question mark, the Colts may be a bit one-dimensional and have to run the ball.  That will help the Houston Defense, who will stop the run first and foremost, even if a rusty Peyton is able to go.

Cedric Benson ? Fresh out of jail and having to face an improved Browns rush defense, I would sit Benson in Week 1 if you can.  Benson only totaled 60 yards at Cleveland last year and the Browns play well at home.

Greg Jennings ? It?s time for Jennings to go back to work with Super Bowl MVP Aaron Rodgers, and it?s time for you to get him in your lineup and not have to worry about a WR for the rest of the year.

Mike Williams (TB) ? Williams did well against Detroit late in 2010 and gets them at home again to start 2011.  He and Freeman will be better this year and the sky is the limit for the second year wide out from Syracuse.

Dez Bryant ? Whether it is Revis Island or Antonio Cromartie, Dez Bryant should struggle opening weekend.  The Cowboys have a tough task on their hands, traveling to play a still-hungry Jets team.

Chad Ochocinco ? Ochocinco is now a part of a Patriots team that spreads the ball around to every skill player involved in the offense.  I don?t think I like any Patriots receiver not named Wes Welker. It will be too hard to predict when Chad will have his big games in 2011.

Finishing the Drive:
A couple thoughts as we head into a new fantasy football season:  Don?t overreact when your high draft pick has a lackluster first week.  If Andre Johnson only catches three passes for 27 yards, it?s likely because the Texans were able to run all over the Colts, not because Johnson is a bust.  Be patient and trot him out again the following week.  At the same time, match ups in the first week are as important as the week that will decide whether you make the playoffs.  The owners that actively manage their teams are in the postseason every year. I recommend doing a little homework when you have a couple players that look even in any given week.  You will always find a nugget that will tilt the scales favorably in one guy?s direction.

And after Week 1 comes to an end and we start gearing up for Week 2, check eriereader.com for the online-exclusive Studs and Duds. But for now, enjoy Week 1 and have a great start to the season!