Hardcore in Effect at Basement Transmissions 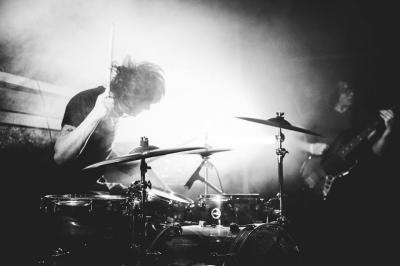 Lake Effect hardcore will be in full effect on Friday, August 3, when some of Erie's finest hardcore bands gather at Basement Transmissions.

Headlining the show is xRepresentx, staple of a generation's worth of Erie straight edge hardcore. xRepresentx have been working on new material for while now, so don't hesitate to come mosh to both new and classic Erie hardcore jams.

The only non-Erie band on the bill is Pittsburgh's 156/Silence. They may be sporting a different lineup from their last Basement Transmissions appearance, but 156/Silence still delivers the same chaotic metalcore performances that have their fans coming back for more. Look out for their next album, Undercover Scumbag, coming to Innerstrength Records in September.

Opening the show are the two newest additions to Erie's hardcore roster, the thrashy Bushido Code and metallic hardcore of Shattered Utopia.

This stacked lineup makes for a show you will not want to miss. So spin-kick your way into BT, and come support the local music scene. — Tommy Shannon