Gov. Tom Wolf has proposed a bold plan for financial reform, will the legislature follow suit? 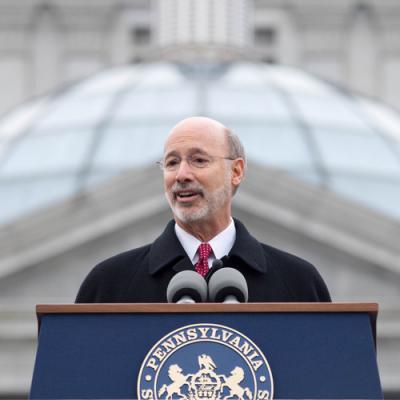 As the Pennsylvania budget deadline of June 30 grows closer, there is much to discuss. Gov. Tom Wolf, in his inaugural budget address on March 3, proposed a bold plan, one that strives to drive this Commonwealth forward toward financial solvency.

Wolf laid out a three-pronged approach: Jobs That Pay, Schools That Teach, and a Government That Works. Simple enough. Reader columnist Jim Wertz, in his March 5 article, asked a very important question: Will the legislature follow the bold lead? Great question. I'd like to think that we will, as it is well past time in my opinion.

All of this appears to be moving in the right direction, but the proposed shift doesn't come without criticism. The old adage the devil is in the details may ring true for some and does for the many that have contacted my office to voice their opinion about the increase in personal income tax as well as the proposed changes to the sales and use tax. Many assume the General Assembly plans to balance the budget on the backs of smokers, but others don't buy the rhetoric that this is the most comprehensive tax increase in the history of the Commonwealth.

What is encouraging to me is that this budget proposal is not full of one-time transfers and budget tricks that will result in this Commonwealth being in the same or  worse position as we aim to craft a budget for the next fiscal year.

Although there is much yet to be determined, many have expressed to my office that this budget proposal is rooted in common sense. We've got to look at this outside of a four-year window, and we've got to have the political will to fully vet tough issues. The General Assembly, both the Senate and the House, are now charged with hammering out the details of what will become the final Commonwealth budget.

Senator Sean D. Wiley can be contacted at SenatorWiley@PaSenate.com, and you can follow him on Twitter @SenatorWiley.