Her lyrics hint at a neuroticism, filled with worry and regret.

by Nick Warren
View ProfileTwitterInstagramRSS Feed
May 24, 2017 at 1:10 PM 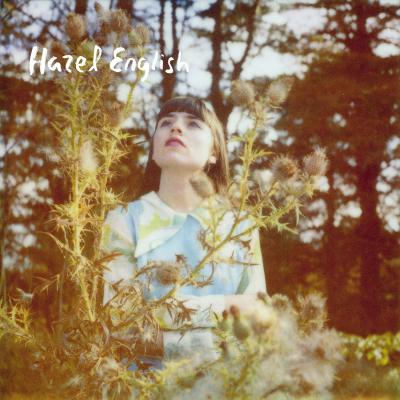 The debut album from 26-year-old Hazel English is a superbly strong one. The Australian native moved to the Bay Area for college and after a short time, decided to stay there. That stereotypically Californian optimism truly shines through on this album. It's a deliciously sweet indie pop record that combines her first EP from 2016 with six new tracks to form a new whole. Immediately, with the opening track "Other Lives," the listener is grabbed by English's catchy hooks. Her soft, unassuming voice drifts airily along each track, creating a loveable blend of youthful freedom and twenty-something anxiety. Fans of Alvvays or Veronica Falls will instantly be won over by English's personality. Although a remarkably consistent album, the (half) titular track "Never Going Home" is a pop standout. Her lyrics hint at a neuroticism, filled with worry and regret. A shimmering reverb coats almost every note, every neurotic sentiment of self-doubt glistening in the sun. Mixing melancholy themes with bright-sounding tones may be nothing new, but here, it works.