He Hated 'Sitting and Doing Nothing'

Tom Taylor took life's knocks and turned nothing into something. 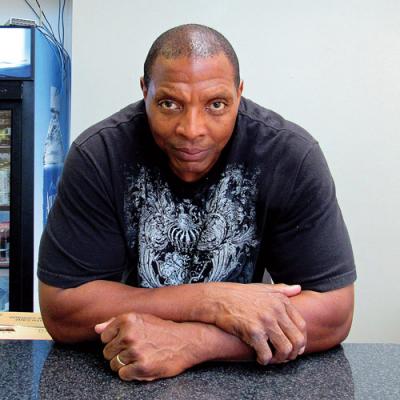 Tom Taylor spent most of the first seven years of his life sleeping in the back of a Pittsburgh furniture store by night and asking strangers for handouts by day. He never had a bed; he never sat down for a family meal. When authorities picked up Tom's family after a trip to Erie and divided the kids among county-run agencies, things could have gone very wrong for Tom. But he looked at the transition to Sarah Reed Children's Home as an opportunity to live a normal life.

"Everyone always felt sorry for me when they found out I lived at Sarah Reed," Tom Taylor says. "But I loved it. When I walked in that first day and they showed me my bed and then they fed me – that was the best day of my life."

"Everyone always felt sorry for me when they found out I lived at Sarah Reed," Tom says. "But I loved it. When I walked in that first day and they showed me my bed and then they fed me – that was the best day of my life."

As much as Tom loved those first days at Sarah Reed, things did not always run smoothly for him. Diagnosed with ADHD soon after his arrival, Tom struggled with impulse control, hyperactivity, and inattentiveness.

"I just said whatever popped in my head," Tom says, his 6-foot-five, 280-pound frame more than filling the chair in his wife, Carol Taylor's office at Fitness U. "When I told another kid he was ugly, I thought I was just being honest. I spent a lot of time in the time-out room my first couple years. Then Betty [Alexa, Sarah Reed counselor and art teacher] came along when I was about nine and explained to me that I have to think before I act. She set up a system of goals based on my behavior. Basically, she told me if I was nicer to people, I could earn that bike I wanted, and that worked for me. I still wanted to tell people what I thought about them, but I wanted the bike more."

Through the guidance of Alexa and other staff at the Sarah Reed group home, Tom developed a goal-oriented system that he still uses today.

And if he doesn't achieve his goals?

"Then I take something away," Tom continues. "I was raised that I have to earn everything and even now, if I don't meet my goals, I take away the gym. I hate sitting and doing nothing."

Unbeknownst to them at the time, Alexa, Tom, and others at the Sarah Reed Children's Home were using a system on which Dr. William Pelham would one day base more than 30 years of research. Today, the Achievement Center in Erie runs eight-week ADHD summer camps for children ages six to 16 that closely follow Pelham's cognitive-behavioral model. The camps teach skills to children with ADHD intended to improve self-regulation and social behavior.

"It's a reward system based on behavior," says Cassie Dundon, director of strategic initiatives at the Achievement Center. "Everything the kids do throughout the day is worth points and once they understand the system, they really buy into it. When they demonstrate a particular skill, they receive points. They also lose points for inappropriate behavior, like interrupting a counselor who is talking. The points accumulate and at the end of the week or the end of the program, they get to cash in points at the camp store for candy or games or posters."

"Evidence-based research shows that when we work on both the mind and the body together, we are going to see the most positive outcomes," Dundon continues. "As a new element to the program, we didn't know how the kids would respond to learning yoga, or learning control of their present thoughts with mindfulness sessions. But they loved it. On their camp assessments, many of them listed the yoga and mindfulness sessions as their favorite parts of camp."

A new study published in the Journal of Attention Disorders shows that children with ADHD are less likely than children without ADHD symptoms to adhere to healthy lifestyle habits, making influence from parents and mentors (like Alexa) on healthy life choices that much more imperative for youth with ADHD.

"I'm the type of person that if I do something once, I'm going to do it every day," Tom says. "But Betty [Alexa] made sports and exercise something positive in my brain and instead of doing something bad every day, I did something good. No matter what happened – painful or bad times in my life – I used exercise to get through it. I used a no-excuses mentality. I would say to myself, 'Find a way to get through it with exercise.' And I did."

"Now Betty looks at me and says, 'I can't believe you based your whole life on that riding-your-bike thing,'" Tom continues. "But it worked for me. I learned that if I want something, I have to go get it. No excuses. Maybe I can't sit down and read a 300-page book [like other people], but I still earned a college degree." 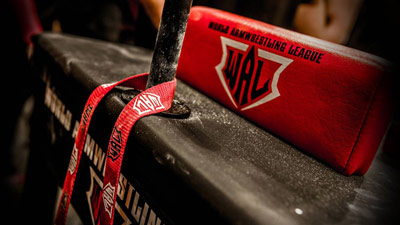 For Tom, the degree and the bike both represent something he always knew he would attain. A world arm wrestling championship, on the other hand, came to him initially by chance – and later by determination.

"My wife and I went into a bar one night that was holding arm wrestling matches," Tom says. "I signed up for three matches and lost them all. I kept trying and kept losing. Then one time a 185-pound guy beat me and my wife said, 'How'd that guy beat you?' Her question hurt me worse than losing to that guy and I thought, 'I'm going to train like crazy now.' And I did. Every day I thought about that next guy who thought he was going to beat me. I set daily, weekly, and yearly goals and in my head, I was already beating this guy who thought he was going to beat me."

In 2010 in Mesquite, Arizona, Tom did beat the "next guy" when he won the world championship titles, left and right arms, in the Master Men's 100+ Kg weight class as an unknown competitor.

Tom was 47 years old when he won the 2010 World Arm Wrestling Championship. His sudden success in a new sport did not surprise those who know him well.

Tom's wife, Carol, and mentor, Betty Alexa, both said that much of Tom's success has been due to the passion and focus that he invests in life.

"He was dealt a tough hand but has always utilized his strengths [to help him succeed]," Carol says.

"Tom always had the tools he needed to make it," Alexa explains. "The other boys would come home from school and go play, but Tom would go out back and jump rope and run. I like to say that I helped him to build the bridge, but crossing it was up to him."

For Tom, the arm wrestling bridge is the latest of many before it; his most recent goal on a long list of life achievements.

"Everybody has stuff to deal with," Tom continues. "Scars come from different things. We can sit and obsess about it all day or we can do something about it. Every morning when I make my goals, I think, 'Be what you respect.' I just keep saying that to myself, 'Be the person you respect.'"

"I love arm wrestling because I'm six inches away from somebody. I can smell him, I can feel his sweat – it's intense. The match can be over in only seconds and I'm drenched – I'm as sore and tired as if I had trained all day," Tom says, leaning forward and holding his hands in front of himself as he talks. "See? I start sweating just thinking about it, I get so excited about this stuff. The day after the match I get to ice all day and it's great because I earned that right to ice. It means I did something. I have scars all over my body that mean I did something. Scars and bruises mean that I lived my life."

On May 21 in Chicago, Tom placed seventh in the left-handed regional arm-wrestling championship, qualifying him for the national championship in Las Vegas. Choosing not to attend the national competition this year, Tom focused instead on daily workouts and family.

"Everybody has stuff to deal with," Tom continues. "Scars come from different things. We can sit and obsess about it all day or we can do something about it. Every morning when I make my goals, I think, 'Be what you respect.' I just keep saying that to myself, 'Be the person you respect.' And I take it all to the gym."

WAL championship results are scheduled to air by weight class Tuesdays at 9 p.m. on ESPN2 from July 19 – Aug. 23.

Ti Sumner can be reached at tsumner@ErieReader.com