He is Legend Brings Superlative Modern Rock to Basement Transmissions

He is Legend is coming to Basement Transmissions on July 19. 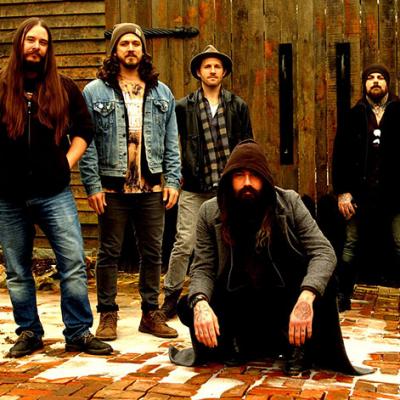 Some would have you believe that rock music, at least good rock music, is dead in the dirt. But He is Legend is here to dissolve that belief, and "He" is coming to Basement Transmissions on July 19 to prove it.

He is Legend's music is modern hard rock at its finest, incorporating the best aspects of other rock genres and creating something wholly original.

He is Legend might not sound like the typical hard rock bands that topped the charts back when the genre was at its pinnacle. But the band's music is modern hard rock at its finest, incorporating the best aspects of other rock genres and creating something wholly original. Songs like "Attack of the Dungeon Witch" blend hard rock with Southern metal, "The Seduction" toes the lines of punk and screamo, and "Suck out the Poison" could be mistaken for a Foo Fighters song if it weren't for the vocals. Pick out any of their songs at random, and you could find a set of influences completely different from the rest.

Also on the bill are Jesse Smith & The Holy Ghost. Smith was the founding drummer of the Christian metal band Zao, but left the band to write his own music: still Christian-themed, but with a more mellow alternative and hard rock sound. – Tommy Shannon