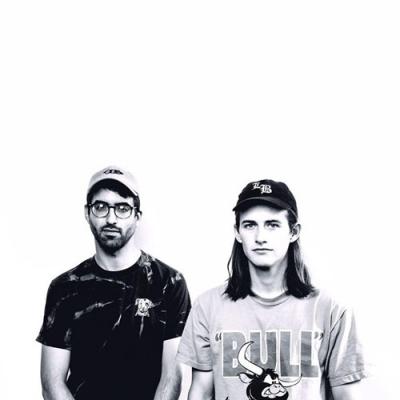 After McCafferty came over from Cleveland and rocked the stage during their first Erie performance, another up-and-coming band from the Mistake by the Lake, Heart Attack Man, will be making their Gem City debut at Basement Transmissions.

Heart Attack Man was born from the ashes of another Cleveland favorite, Ages. As well-loved as that band was, the members were still in their teens, and their uber-aggressive take on Shed-era Title Fight sound was somewhat of a one-trick pony. Ages' bassist/vocalist Eric Egan started Heart Attack Man and switched over to guitar, cleaning up both his vocal style and guitar writing to create a much more mature, dynamic, and compelling sound. Heart Attack Man's debut album The Manson Family was released on Triple Crown Records in March, an 11-song confession of Egan's paranoia about being hated by all his friends, featuring a refined blend of alt-rock and emo that one writer dubbed, quite fittingly, "Weezercore." Tracks like "Burn Down the Mall", "Blood Orange Sun", "Life Sucks", and "Taking Sides" highlight an album that's littered with catchy hooks throughout each song.

Hailing from Buffalo, N.Y., comes Pure Heel. Simple, intense, and angry as hell, Pure Heel emulates the spirit of good old-fashioned hardcore punk. I'm finding it hard to not get out of my chair and start a one-man circle pit while listening to their demo as I type this.

Additional support for the show comes from local indie-punk favorites, Mallory Run, and pop-punk from Akron, Ohio, Long Shot. Both bands put on an incredible live show, so make sure to come to the show early; you won't want to miss one second of this stacked lineup. — Tommy Shannon