Yellowstone Apocalypse is coming to Erie and they know how to get a stage rumbling.

by Nick Warren
View ProfileTwitterInstagramRSS Feed
March 29, 2017 at 11:00 AM 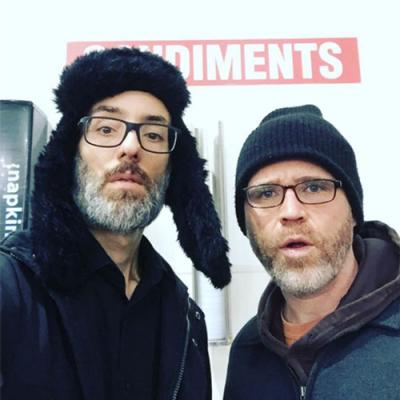 Brace yourself for a heavy dose of grooves. Yellowstone Apocalypse is coming and they know how to get a stage rumbling. Though the band has only two members, they pack enough power for ensembles triple their size. The Cleveland duo plays a powerful blend of stoner-rock-inspired doom metal. Comprised of guitarist Mike Sopko and drummer Joe Tomino, the band is well rounded and experienced. In 2015, Sopko released a collaboration with child prodigy and former Mars Volta drummer Thomas Pridgen, along with legendary bassist Bill Laswell (who produced records for Iggy Pop, Motörhead, and Herbie Hancock) fittingly titled Sopko-Laswell-Pridgen. Tomino also serves as the drummer for Dub Trio, who recorded and toured with Mike Patton for his Peeping Tom project. Since 2011, Dub Trio has been the backing band for Matisyahu; in fact, Tomino's appearance in Erie actually comes sandwiched between gigs with that artist.

Yellowstone Apocalypse is a relatively new venture. After spending years in the San Francisco area, Sopko relocated to Cleveland. Teaming up with Tomino, the two formed the band, cementing a sound that's arguably heavier than most of their previous work, in a style similar to the instrumental work of bands like Sunn O))) and Pelican. There's a palpable, visceral energy oozing from these thunderous notes, one that is able to envelop listeners, transporting them to a distant land of sonorous bliss. – Nick Warren