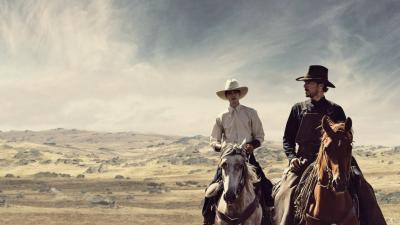 Netflix
Jane Campion's The Power of the Dog is an almost surefire bet to take home at least one Academy Award, as it has been nominated for a whopping 12 Oscars, including Best Picture, Best Actor, Best Supporting Actor, and Best Supporting Actress.

Once again we have reached the season where artists and technicians will compete for a little gold, bald man. While the pandemic turned last year's ceremony into a goofy spectacle (easily the worst ceremony in the 25 years I've been watching), with COVID restrictions winding down it seems like the Oscars are returning to tradition. For example, this will be the first hosted ceremony in several years. Like always, this year's nominations left us with some surprises and disappointments. So, without further delay, let's discuss them here.

Best Picture: At the beginning of the year, I was certain that Kenneth Branagh's semi-autobiographical drama Belfast had it in the bag. It's the type of film that seems factory-built to win Best Picture. However, Jane Campion's fascinating character study The Power of the Dog has garnered all the attention so far. Not that I'm complaining (it's the better film by far), but it is surprising that the Academy is gravitating toward the more cerebral work than the big emotions film. Of course, Ryusuke Hamaguchi's Drive My Car is gaining steam as well and could pull an upset of Parasite proportions. And then there's West Side Story. Steven Spielberg's lovingly retold old-school musical is the kind of thing the Academy dies for, but right now, Campion's film is the one to beat.

Best Director: The directing category comes down to a three-horse race between Campion, Hamaguchi, and Spielberg. Much like her film, Campion has all the momentum behind her at the moment and this is basically hers to lose. That said, it's a feat in itself that Hamaguchi got nominated for a basically plotless three-hour character study. A win is less likely, but it would be a welcome surprise. As for Spielberg, giving the 75-year-old his third Oscar for his most masterful technical achievement since Saving Private Ryan would be an incredible capper to an incredible career. Still, Campion's win would mean back-to-back wins for female directors and that's pretty impressive too.

Best Actor: If this were my choice, Best Actor would come down to Benedict Cumberbatch's powerful, nuanced role in The Power of the Dog and Denzel Washington's haunting take on the Bard in The Tragedy of Macbeth. However, it seems like all attention is being paid to Will Smith. I know it's the Oscars and crowd-pleasing performances based on real people usually win out in the end, but it's a shame that two great performances (one a career-best) are taking a backseat to a merely serviceable one, but that's just the way the Oscars are sometimes.

Best Actress: Once again, at the beginning of the season, it seemed like Kristen Stewart would be the easy frontrunner and understandably so. She practically disappears into her role as Princess Di. But she has lost a lot of momentum that has been picked up by the woefully miscast Nicole Kidman in Being the Ricardos. At this point, this is the hardest award to predict but those two are a good guess. The Royal Family and Show Business are two stories the Academy loves to shower with praise. Of course, Olivia Colman is there as well and she's always a dark horse. I would have loved to see some new faces in this category (both Rachel Zegler in West Side Story and Alana Haim in Licorice Pizza would have been welcome additions) but aside from Stewart, this category is full of the usual suspects. Tough to guess, but I think Kidman gets it.

Best Supporting Actor: Thank goodness Jesse Plemons' subtle, understated performance was chosen over Jared Leto's Super Mario Brothers audition tape, but now he may split the ticket between him and his Power of the Dog co-star Kodi Smit-McPhee. At this point I think that Smit-McPhee still has the best chance to win and rightfully so. His performance stands out in a film overflowing with amazing performances. But a split ticket has happened before (Frederic March and Wallace Beery in 1932) and if that's the case we could see a surprise. It would be interesting to see Troy Kotsur win for his lovable performance in CODA. However, I'm still certain that Smit-McPhee will take this one.

Best Supporting Actress: This may be the easiest one to predict as Ariana DeBose has been generating momentum that has been unstoppable. If she does win, she and Rita Moreno will join Marlon Brando and Robert De Niro along with Heath Ledger and Joaquin Phoenix as actors who have won an Oscar for playing the same character. The only real competition I can see for DeBose would be Kirsten Dunst in The Power of the Dog, but at this point I'm more confident in DeBose's win than any other category in the ceremony.

Best Screenplay: Much like Best Director, Jane Campion seems to have the best shot at winning Best Adapted Screenplay. It's understandable as The Power of the Dog is a great film (possibly her best film yet), but there is a worthy challenger in the form of Ryusuke Hamaguchi and Takamasa Oe's screenplay for Drive My Car. Their adaptation of Haruki Murakami's short story is an incredible work (although Hamaguchi's Wheel of Fortune and Fantasy also from 2021 is even better) and it could take the prize. And then there's the surprise nomination of Dune. I don't think it's going to win, but it's nice to see science fiction get recognized. As for Best Original Screenplay, once again I thought that Branagh had it for sure, but plenty of attention is moving toward Paul Thomas Anderson. The 11-time nominated writer/director hasn't won an Oscar yet, and his likable script for Licorice Pizza may be his best chance to do so. I'm also happy that Joachim Trier's amazing dramedy The Worst Person in the World got some attention. It probably won't win, but being nominated is enough to make me happy.

Best International Feature: There's not much to say about who's going to win (because it's going to Drive My Car, hands down), but I want to talk a little about the selection process. The Academy had a chance to go very weird with this one (both France's Titane and Romania's Bad Luck Banging or Loony Porn were in the running). Of course they didn't, but I'm just happy that some countries are willing to consider decidedly non-mainstream works when selecting their pick for the Oscar. As for who will win it, there is a slight possibility of an upset from The Worst Person in the World, but there can really only be one choice and it's Drive My Car.