From raving reviews to rotten ones, it seems all can agree that Rebecca Hall's performance is one not to be missed. 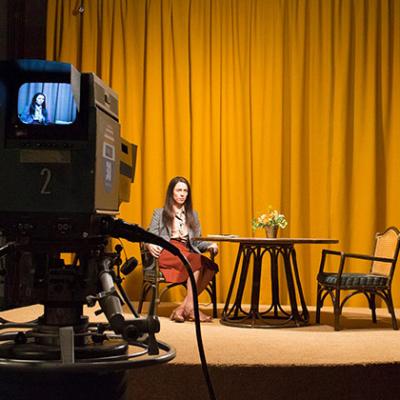 If you are not familiar with the very real story of Christine Chubbuck, you're not alone. In today's world, Chubbuck's story would be plastered all over the internet: "TV Star Shoots Herself on Live Television," or "You'll Never Guess what This News Reporter Did on Air." But in 1974, it eventually became yesterday's news and the story faded out of the spotlight. Like many things from the 1970s and 80s that are now being re-examined by the public consciousness, Chubbuck's tragedy is garnering new attention thanks to the film Christine, featured at the 2016 Sundance Film Festival. The film follows the then 29-year-old news reporter through her struggles to find intimacy in her personal life and the fight to keep her integrity as a reporter in a changing world. Rebecca Hall (playing Chubbuck) gives an eerie performance, perfectly capturing her character's inner battles with her mental health. In her New York Times review, Manohla Dargis writes, "Ms. Hall builds her slow-burning performance with both subtly fluctuating expressive details and larger physical gestures."

From raving reviews to rotten ones, it seems all can agree that Rebecca Hall's performance is one not to be missed.

Director Antonia Campos (Simon Killer, Afterschool) and screenwriter and producer Craig Shilowich (Frozen River, Dark Horse) create a visually muted world, using reds sparingly in significant moments, to help drag the audience into Chubbuck's melancholic life. From raving reviews to rotten ones, it seems all can agree that Hall's performance is one not to be missed. Hall transforms into a character we can all empathize with and care for, making the inevitable ending an unsettling reminder as we watch the slow-motion tragedy unfold. Guy Lodge of Variety writes: "As the film marches to its unavoidably wrenching conclusion, we irrationally hope – if only for a split-second – that she might not pull the trigger." – Ella Julian