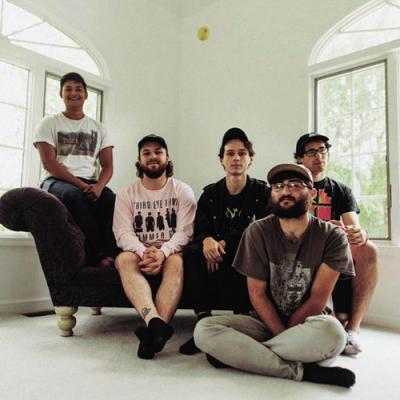 Heel Heat Productions, who has made a name for itself bringing the best of the best in pop punk and emo to Erie, is hosting another stellar show at Basement Transmissions.

Michigan outfit Hot Mulligan are making waves in the scene, with their seven-song album Opportunities. Their upbeat and poppy songwriting style, crisp vocal harmonies, use of synth keyboard leads, and even goofy, long-winded song titles, are very reminiscent of early Four Year Strong material, especially in the album's first song, "If You Had Spun Out In Your Oldsmobile, This Probably Wouldn't Have Happened." But the band also proves they aren't just a one-trick pony, exploring the other side of the emotional spectrum in more somber tunes like "Wait For It" and "I Replied To Tyler With Three Blue Cars."

On tour with Hot Mulligan are two Canadian acts, Coldfront and PINE. From Oakville, Ontario, Coldfront describes themselves as "another f***ing pop-punk band", and their three song EP Some Things Never Change is easy to rock out to, while Ottawa's PINE take a more laid back approach on their Pillow Talk EP.