Many are taking advantage of the limited PlayStation 5 being sold by reselling theirs at an even higher price. One person was able to resell theirs for $10,000. 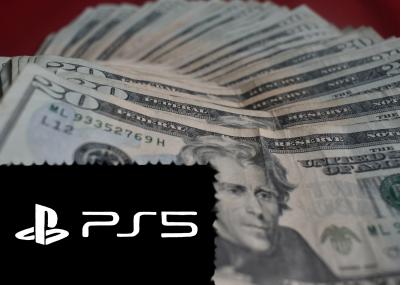 Simonique Dietz
Cash made from PS5

From November 12th until now, the anticipation of receiving a PlayStation 5 has not died out. Many have taken the opportunity to make it a cash opportunity by taking advantage of the limited amount and reselling them for over 100% profit.

Many scalpers have created or joined Discord Bot communities like CrepChiefNotify, at a monthly fee of $40 - $530 to secure a PlayStation 5 and other limited-edition merchandise. It's possible to find groups where the subscription costs less. According to Business Insider, "the group was able to amass such a number of PlayStation 5 stocks by using bots that place orders faster than normal people."

According to Tech Times, Our total collective number is 2,472 PlayStation 5 consoles across all of our members," a manager of the group said, who also confirmed they have additional pre-orders for the console that are "just under 1,000."

Many sincere customers are showing disapproval of what the scalpers are doing. According to Pushsquare, Kohls took the opportunity to reward many disappointed customers who had their orders canceled by honoring them with a 180 dollar store credit. Only those who made multiple purchases of the console were not able to receive their reward.

In a past report by Tech Times, a scalper on eBay was even able to sell a digital-only version of the console for more than $10,000, while others are desperate enough to get their hands on the console to pay double the retail price of $499.

For in-store sales, many follow the information provided on Brickseek. On the website, you can find each store it will be going to and how much is in stock.

Another platform that helps is Twitter. Many gamers trust whatever deals or information that is presented by Wario64 on Twitter. From BestBuy to Walmart, GameStop and Amazon, he keeps each one of his 709K followers up-to-date with what's going on in the world of gamers.

When everything started, many gamers took advantage of bots to grab the first limited amount and resell from $900 or more — most for more and some for less.

Just this morning, many lined up at the Walmart on Elm Street. Here in Erie, one customer noticed that he wouldn't make it in time to receive a PS5, stopped another customer, and asked if he could buy it from her for his kids. So he offered to pay $800 for it. The customer counter-offered for $900, and he decided to agree. So, before the customer got out of the store, she made a $400 profit on her investment.

With Christmas being around the corner, many stores are taking advantage of the hype. According to one Walmart employee, before they even knew about it being in the store, people were lined up to get their PlayStation 5. "It sold out before it even touched the shelves," he says. In the meantime, resellers and Scalpers can make a significant profit without anyone being able to counter them yet.