Even in Erie, data reveals 'not very' 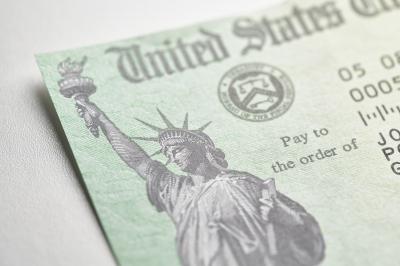 You've probably heard by now that a second batch of stimulus checks are on their way, and for most of us, they're taking their sweet time getting here. Until then, all we can do is fantasize about what we might be doing with that cool $600.

How about paying our bills? Or keeping our families fed? Or catching up with credit card balances?  The all-in-one web and mobile bill pay service doxo has taken a deep dive into our stimulus intentions with a recent survey, and those were the top three answers. It would seem most of us favor pragmatism over romanticism. Or it could be that $600 in 2021 translates to little more than a scratch-off coupon for 35 to 60 percent off a month's living expenses — and lots and lots of snarky Internet memes.

But how far does $600 stretch in Erie? It's well-known that the cost of living in Erie is substantially lower than the national average — over 25 percent lower, in fact. But that's mostly attributable to housing prices that are not even a third of what you'd pay in many other U.S. cities. In Erie, the median price of a home is $75,900 versus $173,700 in Pennsylvania and $231,200 nationwide. Local renters do not see quite that kind of bargain, but still only pay about two-thirds as much as the average renter in the U.S.

When we take rent/mortgage out of the equation, we learn that Gem City residents are actually at a slight disadvantage compared to their Anywhere, U.S.A. counterparts, paying on average $1,011 in monthly household bills compared to the national average of $927 (9.1 percent more), according to doxoINSIGHTS. Why? Utilities and auto insurance — a stark reality that becomes all too clear when the temperatures drop, the snow piles up two feet at a time, and the roads become slick.

So while the second round of stimulus checks may not have all that much of an impact, take heart, because a third round of checks expected this spring (pending political squabbles) should cover a full month of bills with a little left over — $1,400 each.

If you haven't received your $600 yet, you can investigate your status using the IRS Get My Payment tool. You're eligible for the stimulus unless:

Keep peeking into your mailbox for a check or online bank account for a direct deposit. After all, you have mouths to feed and bills to (kind of) pay.
Matt Swanseger (mswanseger@eriereader.com) has yet to receive his $600 stimulus check, but when he does perhaps he'll allocate it toward some garsh darn gratitude.