The proposed multi-million dollar vision would focus on walkability 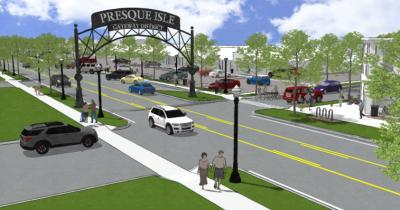 Have you ever visited another city and spent a day browsing amongst different storefronts? Maybe the area had a nickname, or perhaps branded signs boasting about its cultural identity.

Well, Millcreek wants to do that in a big way.

From Pittsburgh Avenue westward past Peninsula Drive, and from West 12th Street north to the peninsula itself is the target area that we will come to know as the Presque Isle Gateway District.

This long-term project focuses on making the area more walkable and with its own recognizable identity. The pathway along Eighth Street in particular will be given an updated Main Street-style facelift.

One of the aims of the Presque Isle Gateway project is to tie together some of our important assets like Waldameer Park, Scott Park, the Colony Plaza, the West Erie Plaza, and of course, Presque Isle State Park.

For years, this has been the dream for many people in the area, chief among them being Robyn Crago, a local business owner in charge of Les Crago Jewelers and Salon Verde. Crago recalls visiting her daughter while she attended Denison University and being charmed by some of the local districts. "We visited the Short North, which is a very cool area that goes from downtown to the campus of OSU," she described, soon lamenting the fact that while Erie had eye-catching shops like the Colony Plaza, they weren't nearly as utilized or pedestrian-friendly.

The idea isn't to make Presque Isle State Park sprawl out into Millcreek, but to give the "Gateway" region its own identity unto itself.

Crago went on to present the seeds of this idea to the Millcreek Board of Supervisors. Over the course of pitching what would become the Presque Isle Gateway Project, she met several people with like-minded goals. She teamed up with Ralph "Chip" Riehl III, owner of the Colony Plaza, as well as Chris Greene and CA Conrad of VCG Properties and the West Erie Plaza. VCG got the project connected with Ingalls Planning & Design, a firm outside of Rochester, N.Y. — itself located in a charming commercial strip known as the Box Factory. 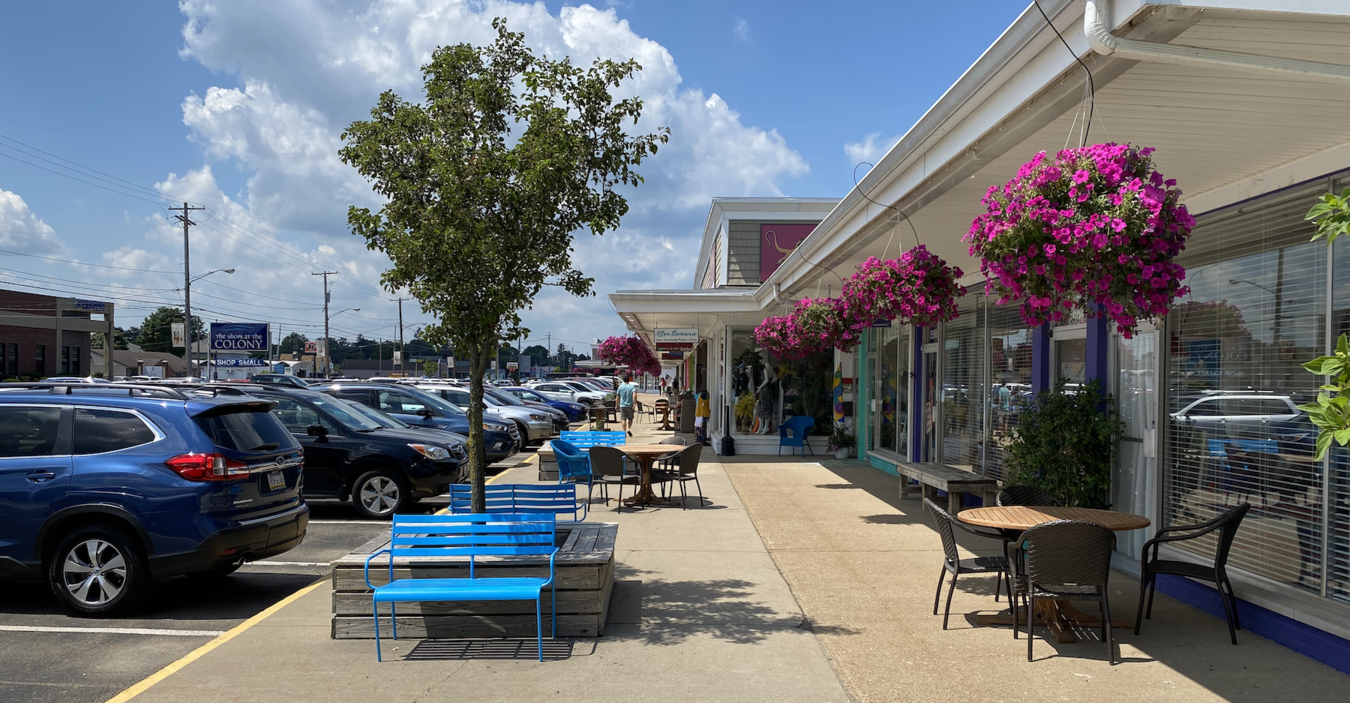 They say it takes a village, right? That's especially true when you're trying to build one.

Piqued public interest and a growing list of powerful supporters saw to it the Gateway Project would be one of the tentpoles of the comprehensive plan Embrace Millcreek, adopted in 2018.

Having previously championed the project while on Erie County Council, Kim Clear was elected Millcreek township supervisor in the fall of 2021. Clear cemented her role as one of the central people steering the district to where it wants to be, joined by Matthew Waldinger, director of planning and development for Millcreek Township.

Clear elucidated that the project would give the district "a Main Street feel. If you travel, you see a lot of these places that are redefining an area."

"We're trying to get the traffic off the road. You stop and you spend four hours shopping, going to eating and drinking establishments, breweries, distilleries, and things like that."

Crago noted that "it also would give people a nice, comfortable place that's aesthetically pleasing. There would be walkability. You could park your car and walk a few blocks between Pittsburgh and Peninsula Avenue and feel safe. It's a beautification, certainly. All the power lines would be underground, with sidewalks and green space."

And that's the essential part of the project, specifically the West Eighth Street corridor. The project has plans for West Sixth and 12th streets as well. One of the goals is to make 12th Street the place to drive, and Eighth and Sixth streets the places to walk or bike.

The project plans to establish pedestrian sidewalks flanked by green space, with a tree-lined buffer between road and walkway. There are also plans to have angled parking along the central section (Sommerheim Drive to Lowell Avenue) of Eighth Street.

If the project goes according to plan, the most immediately noticeable addition will be the full gateway arches (no, not you, St. Louis) crossing Eighth Street. Three are planned for now. For a "close-enough" preview, check out the arch at the entrance to the West Erie Plaza.

There are also plenty of half arches designed to line the way, as well as poles and lamp posts, often decorated with matching medallions.

Conversely, perhaps the portion of the plan that requires the most work (and money) is a more subtle change: moving the power lines underground, and keeping the corridor well lit by lamp posts in their place.

In May of 2021, Erie County Council approved the application for a Redevelopment Assistance Capital Program (RACP) Grant. According to the commonwealth's budget website this program is designed "for the acquisition and construction of regional economic, cultural, civic, recreational, and historical improvement projects."

The RACP Grant, if accepted, would provide $6.3 million in funding for the project. In addition, Millcreek Township would provide $1 million, with $5.5 million in private investments set to be a matching fund to the grant.

The Presque Isle Gateway Project is not, however, responsible for the purchase of the former Shickalay's location. That would be the Pennsylvania Department of Conservation and Natural Resources (DCNR). The organization bought the 18 acres of land for $4.6 million in late 2020, and governs the entirety of Presque Isle State Park.

The Gateway Project is also not interfering with Sara's Campground, a privately owned community treasure. "There's no infringement onto Sara's Campground," Clear clarified, smiling and declaring "that will not be touched or changed."

Why is that necessary to point out? Clear knows very well why. Up until the end of February, Millcreek was soliciting online suggestions from the community via the Ingalls Planning site. With just a quick scan through the comments, you'll find responses from Sara's supporters so numerous, they deserved addressing.

Clear was quick to note that sustainability was a key issue to her, as well as making the district welcoming even in the winter months, an ambitious task indeed. Pushing winter sports like cross-country skiing, snowmobiling, and snowshoeing would be paramount.

Once the project is implemented though — and it will take time — it will be here to stay. After mentioning that this would be around for decades at least, she wagered that "we have to be thinking 100 years into the future."

Nick Warren will probably be found wandering around the Presque Isle Gateway in a few years, especially if they launch a new music venue (Grog Shop at Coventry Village in Cleveland, he's looking at you). For now, he can be reached at nick@eriereader.com