Hundredth is bringing their sound to Basement Transmissions, along with Capsize, Royal/Revise, Motives, and Hellsent. 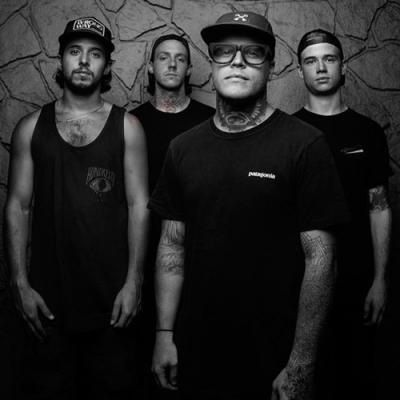 The melodic hardcore scene is alive and well, and few bands embody that sound better than South Carolina's Hundredth.

And now, Hundredth is bringing their sound to Basement Transmissions, along with Capsize, Royal/Revise, Motives, and Hellsent. Hundredth released their third full length album Free this summer, which carried the same mood as their previous releases – contrasting fast, heavy guitars with slower melodic leads that complement each other in an almost perfect way. Reviewers, however, criticized the album for being possibly too similar to previous releases and lacking any truly memorable tracks.

Seven years into their career, Hundredth has toured the world over, and along the way gained a great amount of empathy for the struggles of their fellow human beings. This perspective and emotion is not only reflected in the band's music, but in their actions as well. In 2012, Hundredth launched Hope Into Humanity, a nonprofit organization described by vocalist Chadwick Johnson as "about realizing our human responsibility of doing everything we possibly can to help other people, whether it be across the world or in a backyard."

Capsize and Motives both play a similar style to Hundredth, while Royal/Revise takes on a more metal sound, and Hellsent, made up of members of Erie's xRepresentx and Domestic War, puts a darker, thrashier spin on the classic Lake Effect Hardcore style. — Tommy Shannon