If We Were You

Overconfident? Magnanimous? Moustachioed? You would be too if you knew about all this cool stuff to do over the next two weeks. 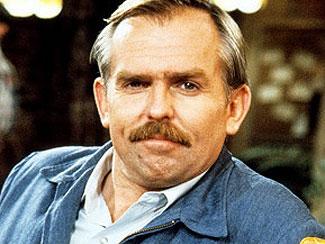 Greg Garing's Gem City Circus
Wednesday nights at the crooked i are now hosted by Greg Garing, who brings his  Nashville-influenced style of folk, country, and rock 'n' roll back to Erie. With great music and great drink specials, you're not probably not going to find a better option this evening.
When: 10 p.m.
Where: the crooked i, 1013 State St.
Contact: facebook.com/thecrookedierie

Open Mic Night
Alright, it's time to finally go out and perform at Open Mic Night. With your New Year's resolution to finally strut your stuff in front of a live audience, this is the perfect chance. For those that didn't make that your resolution, well, you can see the new performers while downing $2 burgers and logo pint drafts. It's a win-win!
When: 7 p.m.
Where: The Brewerie, 123 W. 14 St.
Contact: 454.2200

Black Mask, Mere Phantoms, and more
Thursdays can be tricky at times. You've been a diligent worker in making it through the week to this point, but you can't always wait for the weekend to go out and have some fun. Don't you fret, for Basement Transmissions has five different bands hailing from western Pennsylvania, including the hardcore Black Mask and grime group Mere Phantoms.
When: 5:30 p.m.
Where: Basement Transmissions, 1501 State St.
Contact: basement-transmissions.webs.com

New Year's Resolution Walk – Tom Ridge Environmental Center (TREC)
Keep your New Year's Resolution to get in shape and join the TREC group for a scenic 3-mile walk. Meet at Ranger Station and there's no fee or registration.  Facts, fun and prizes will be enjoyed as you walk the trails.
When: 6:30 to 8 p.m.
Where: Ranger Station at Presque Isle State Park
Contact: 833.1495

Michael Palascak at Jr's Last Laugh
In the last two years, comedian Michael Palascak debuted on "The Late Show with David Letterman," "The Tonight Show with Jay Leno," and "The Late Late Show with Craig Ferguson." He has performed at Caesar's Palace in The Comedy Festival in Las Vegas and was the winner of HBO's Lucky 21 Stand-up Contest. He won the Chicago region of Comedy Central's Open Mic Fight and went on to make his Comedy Central debut on Live at Gotham Season 3. So, if you didn't get tickets to Lewis Black, be sure to check this guy out.
When: 6:30 and 9:30 p.m.
Where: 1402 State St.
Contact: 461.0911

Grunge Monkey
Are you a fan of flannel? Ripped jeans? Thermals? The Pacific Northwest in general? Well then, according to the stereotypes of certain types of musical genres, you might be pegged for a grunge fan. Even if you're wearing a nice name-brand polo, you can still enjoy Grunge Monkey, performing great tracks from those '90s bands that made the decade rock so well.
When: 9 p.m. to 2 a.m.
Where: Sherlock's, 508 State St.
Contact: 453.7760

Lori Burke CD Release Party
Ever since she would crawl under a pipe organ as a baby and listen to her parents sing in a church choir, Lori Burke has been surrounded by music. Now the former Erie Idol winner and singer/songwriter is celebrating the release of her new album at Sprague Farm & Brew Works, where she'll be soothing the crowd with her gente folk tunes.
When: 6 to 9 p.m.
Where: Sprague Farm & Brew Works, 22113, U.S. 6, Venango, Pa.
Contact: 398.2885

Beauty and the Beast
Experience the romance and enchantment of the smash hit Broadway musical, "Beauty and the Beast." Based on the Academy Award-winning animated film, this musical love story tells the story of a handsome prince who is transformed into a hideous beast as punishment for his selfish ways. To become human again, the Beast must earn the love of a beautiful young woman he imprisons in his castle, or else remain a beast forever.
When: 2 and 7:30 p.m.
Where: Warner Theatre, 811 State St.
Contact: 452.4857

Bridal Expo
No, this isn't a convention dedicated to the headstall that holds the bit in a horse's mouth and attaches to the reins; however, if you've been roped into gettin' hitched to some feisty little filly, or if you are that feisty little filly, this expo is for you! Trot on down to the Bayfront Convention Center and experience a plethora of products marketed directly towards vulnerable lovers with disposable income.
When: 11 a.m. and 3 p.m.
Where: 1 Sassafras Pier
Contact: Star104.com

The Promise of a Great Movie
Right now you can't go wrong at your favorite multiplex. Oscar contenders abound on the silver screen whether they're continuing their run or being re-released for that pre-Oscar bump. This year is certainly no exception with sure-fire Oscar bait like "Lincoln" and "Zero Dark Thirty" still out, but there's one more film that not only might garner awards consideration but also hits close to home. "Promised Land" stars Matt Damon, Frances McDormond, and John Krasinski, and tackles the hot-button issue of fracking. This is in our backyard, people. Don't miss it.
When: All day
Where: Tinseltown, 1910 Rotunda Drive
Contact: The Internet or 866.3390

The Age of Dinosaurs
Today you woke up and said to yourself, 'Self, I would like to see an adolescent T-Rex skull today, but I have no idea where to find one.' Then you said to yourself, 'Self, let me check the Erie Reader If We Were You section -- surely this publication knows a thing or two about finding adolescent T-Rex skulls, fleshed-out recreation of a Plesiosaur, and a 6-foot-tall limb cast of a dinosaur from the western U.S.' While we may be concerned about how much you talk to yourself, we're happy you turned to us because it just so happens that we're in the know when it comes to dino exhibitions, and we've got a bone-chillingly good one for you: The Age of Dinosaurs, now at TREC. So stop talking to yourself and head to TREC to find some good company for dino-enthusiasts like yourself and have a nice chat with them.
When: 10 a.m. to 6 p.m.
Where: Tom Ridge Environmental Center, 301 Peninsula Drive
Contact: 833.7424

Disney on Ice presents Worlds of Fantasy
Enjoy this one of-a-kind production that takes you through the magical world of Disney – on ice! Enter the Little Mermaid's enchanting undersea kingdom; experience the mystical world of Pixie Hollow with Tinker Bell and the Disney Fairies as they reveal the magic that lies within; join the rambunctious Toy Story gang, including Buzz Lightyear, Woody, and Jessie, as they escape from the tots of Sunnyside Daycare and race for home, in their most daring adventure ever! And much more!
When: 11 a.m./3 p.m./7 p.m.
Where: Erie Insurance Arena, 809 French St.
Contact: 452.4857

Race
One of David Mamet's most recent works, "Race" follows three attorneys, who are offered a chance to defend a white man charged with a crime against a black woman. The plot unfolds as the three lawyers and defendant grapple with the evidence of the case and their own feelings about race. Socially relevant, poignant, and often biting, "Race" offers a crash course in racial tension and the nature of resolution.
When: 8 p.m.
Where: Renaissance Centre Theatre , 1001 State St.
Contact: www.dramashop.org

Gregoire Maret
A sought out jazz harmonica player that's been compared to legends Toots Thielemans and Stevie Wonder and has been sought out to play with a number of famous musicians including Youssn'Dour, Pete Seeger, David Sanborn, George Benson and Cassandra Wilson. It's an evening of jazz you won't want to miss.
When: 8 p.m.
Where: Mary D'Angelo PAC, 501 E. 38th St.
Contact: 824.3000

Daniel Ellsworth & the Great Lakes
For those that missed out on Daniel Ellsworth & the Great Lakes the last time the band came through, do I have good news for you.  The Tennesee-based band is returning to the crooked i, so whether you happened to catch the charming indie-folk and piano-rock of Ellsworth and the gang the first time around or not, make sure to take advantage of this second chance and check them out.
When: 9 p.m. to 2 a.m.
Where: the crooked i, 1013 State St.
Contact: facebook.com/thecrookedierie

Drips & Beats: Revenge of the Nerds Edition
Another month, another night of Drips & Beats. This time around, it's time to get your geek on. That's right, it's Drips & Beats: Revenge of the Nerds edition. In addition to having performers like Triple Double, Tim Lockett, and more, the people behind The Box Street Couture want to take a stand against bullying and celebrate when people break through stereotypes and are who they are, so a Nerd Costume Contest will be held on the night with a big prize for the winner.
When: 9 p.m. to 2 a.m.
Where: the crooked i, 1013 State St.
Contact: facebook.com/thecrookedierie

Chocolate Sunday
This event has nothing to do with Ray Nagin or New Orleans, but much like the Crescent City, it's sure to put some more cottage cheese on your thighs! Head on down the Hershey Highway to the Bayfront Convention Center and sample chocolate and chocolate-related confections from around the region; perhaps you can find a nice fattening Valentine's Day gift for that significant other you're always nagging about losing weight.
When: 11 a.m.
Where: 1 Sassafras Pier
Contact: wqln.com

Second Term Presidents and the Challenges They Face
The Jefferson Educational Society is back in full swing for their Winter Term and they're wasting no time getting to the heart of the issues facing us as a city and a nation. The Challenge of Second Term Presidencies kicks off the lecture series and we can't think of a more timely subject. Gain insight and knowledge as Doctors David Kozak and William Garvey take a look at second terms through the lens of history.
When: 7 to 9 p.m.
Where: The Jefferson Educational Society, 3207 State St.
Contact: jeserie.org, 459-9000

The Lessons of Roanoke: John Winthrop, Sir Walter Raleigh and the Myths of American Exceptionalism
In many ways, the United States truly is "one out of many." This lecture at the JES explores the country's religious and mercantile heritage that sets it apart from other nations, as the U.S. remains the only country both heavily wealthy and largely religious, struggling to balance Christian-driven ethics with free-market principles -- a strain that has existed in our identity since our inception.
When: 7 to 8:30 p.m.
Where: The Jefferson Educational Society, 3207 State St.
Contact: 459.8000