This is the best record Iggy Pop has made in quite a long time. 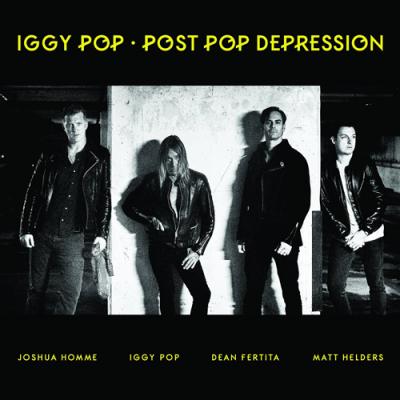 This is the best record Iggy Pop has made in quite a long time. Of course, "A long time" is a relative term, considering The Stooges formed almost 50 years ago. Iggy Pop is an absolute icon, a proto-punk symbol, and a veritable household name. Post Pop Depression knows this. The record latches onto a new sound for the singer. After questionable forays into jazz (Preliminaires), segueing into foreign crooning (Après), it seems like he's found a better home. The sound is dark. The instruments pound themselves out into a surf-garage death march, while Pop's gurgly, haggard, unmistakeable voice freely narrates with spoken-word tirades and hooks alike. This music belongs in a smoky club at the outskirts of Las Vegas, or cooler parts of Cleveland. The secret weapon is collaborator Josh Homme (Kyuss, Queens of the Stone Age, Eagles of Death Metal, etc.). This is Homme's first major effort since the terrorist attack at Paris' Bataclan Theatre. Recording this album helped him process some of that, as Pop was dealing with the death of his friend and collaborator, David Bowie. – Nick Warren