No love for Putin at the G20 summit, but that hasn't stopped him from stepping on toes worldwide. In the meantime, ISIS continues to behead innocent American aid workers, and Google raises a hefty sum of donations to fight Ebola in West Africa. Happy Monday, everybody, the world keeps spinning. 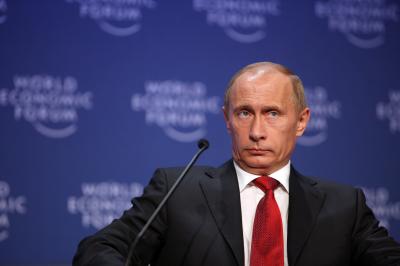 As of Sunday afternoon, the White House has confirmed that a video depicting the beheading of American aid worker Peter Kassig is indeed authentic. Kassig's death comes as yet another attempt by the terrorist organization to spread their radical message to the Western world, and differs from previously released videos in both its length, and additional focus on propagandizing the history of the organization, as well as their military triumphs in Iraq and Syria.

Putin Gets Frosty Reception At G20 In Australia

During the G20 summit in Brisbane, Australia, world leaders were quick to level criticisms at Vladimir Putin over Russia's ongoing involvement in the Ukraine. Amongst the comments came hints that further sanctions might be imposed on Russia should the country proceed with its actions in the Ukraine. Tensions were further raised by the deployment of a flotilla of Russian warships to Australia's northeast, as well as plans to begin Russian bomber patrols in the Arctic and the Gulf of Mexico.

Months since the abduction of hundreds of schoolgirls from the city of Chibok in April, the Nigerian government has announced that the military has regained control. The city was initially taken by Boko Haram militants who have since been heavily combated by the Nigerian military. Hopes are high that the Nigerian government will be able to maintain control, and avoid such violent conflicts in the future.

Network director, Terry Gerigk Wolf, has been fired from her position following an investigation that found Wolf guilty of unspecified "conduct unbecoming a senior executive" and wasteful spending. This action follows a VA review of a Legionnaire's disease outbreak between February 2011 and November 2012, in which Wolf was implicated.