It was a busy Monday night, folks. A shooting put a local university on lockdown, Ferguson has been placed in a state of emergency, and Erie has made the national spotlight. That, and Charles Manson is getting married. Read all that and more, in case you missed it. 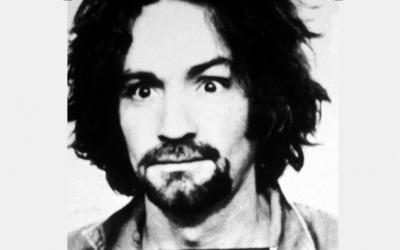 Lee Young-guk, a former bodyguard of Kim Jong Il, has come forward and shared his experiences with North Korean prison camps. His stories include beatings, starvation, and forced labor inflicted on prisoners. After attempting to flee the country to South Korea, Lee was detained in the infamously brutal Yodok prison camp. The UN is expected to vote on whether or not his testimony warrants refering North Korea to the Internation Criminal Court for crimes against humanity.

State of Emergency Declared in Ferguson

Missouri governor Jay Nixon has declared a state of emergency in Ferguson, reportedly as a precaution against the expected civil unrest that will accompany a grand jury's verdict on the shooting death of Michael Brown. The verdict will determine whether or not Darren Wilson, the police officer who shot Brown, will receive criminal charges in the shooting. The National Guard has been called in and the Ferguson Police Department has been given a diminished role in law enforcement leading up to the verdict. Though there have been no specific threats, the FBI has also issued a bulletin urging law enforcement officials to remain vigilant.

Charles Manson, the infamous leader of the Manson Family commune and convicted murderer, is set to be married in the near future. Manson, now eighty years old, has now been allowed to marry twenty-six year old Afton Burton, who also goes by the name Star. Star is reported to visit Manson every weekend and talk to him on the phone nearly every other day. Ten guests will be permitted at the wedding from outside the prison, with two addtional guests from within the prison also allowed. There is currently no date set for the wedding.

Get all the details at cnn.com

While it may not have taken place on-campus, Edinboro University was quick the respond to a fatal shooting near the campus last night. The shooting took place on Water Street and sent the school into an almost immediate emergency lockdown. Soon after, the school changed to a precautionary lockdown. Students were systematically escorted by police from wherever they were back to their residence halls. The lockdown was eventually lifted around 11:45 p.m., according to reports. The police are still investigating the shooting.

Our city's most recent winter storm is now the subject of national interest. Crews from both The Weather Channel and ABC News have been in Erie to report on the extreme weather. With the anticipation of heavy snowfall and lake effect weather, Erie's anticipated snow totals have raised. The crews spent today interviewing viewers about the inclement weather and how it has affected their lives.

See the video at yourerie.com