The holiday is past, and it's back to the grind of the work week. Catch up on what you missed this weekend with us. 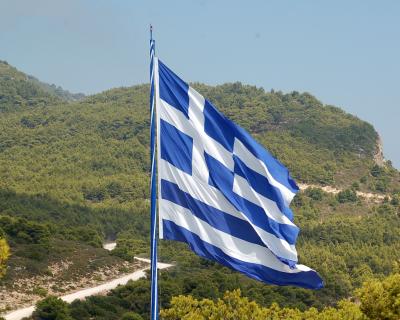 The Russian government recently announced a new plan to make health care cuts, including the laying off of thousands of doctors, and the closing of a number of hospitals. In response, protesters took to the streets of Moscow on Sunday demanding answers for this radical change in policy. At this point, many protesters and public figures have expressed concerns that the government has begun to overlook civilian concerns in the wake of excessive military spending.

As conflict rages on across the Middle East, many Syrian refugees have begun to seek temporary asylum in Greece before moving to other parts of Europe. At this point, it is expected that nearly 30,000 refugees will enter Europe through Greece in the coming year. Greece itself is still struggling to recover from its ongoing economic woes, and the sudden influx of refugees has only added to tensions throughout the country.

To Boldly Go Where No 3-D Printer Has Gone Before: Yep, Space

As of this week, NASA reports that a 3-D printer was able to fabricate a part for itself while in space. This sort of technological progress is crucial for future expeditions as it will eliminate the need to send all required parts for on operation from Earth at the outset. The project has been in the works for two years now, and experts at NASA are over the moon about the possibilities this success could spell for long term expeditions.

The Pennsylvania Turnpike Commission is set to begin talks with China in September to negotiate the naturalization of a number of Chinese investors who wish to become permanent members of the U.S. in exchange for their support of the turnpike project. As the commission is already heavily indebted, the goal of this deal would be to save nearly $35 million over traditional borrowing costs over five years.

One of the largest taxpayers in the city of Erie, Erie Insurance, is currently seeking to reduce its payments by as much as $600 thousand a year. The company has filed a request for a judge to reduce the assessed value of six downtown properties in order to meet their goal. Though this sort of move is doesn't come as a surprise, many speculate as to the repercussions such a loss of tax dollars may have on the Erie School District and the city itself.