Russia's buying gold to help ensure its financial future while the U.S. Senate passes a $1.1 trillion spending bill to get us through the end of the year. This and more, in case you missed it. 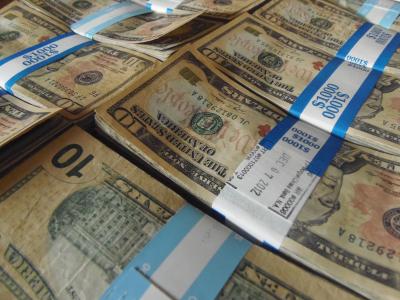 Turkish citizens has cause for concern about their rights as Sunday saw the arrest of some two dozen journalists, television producers, and police. All of the individuals placed under arrest were outspoken critics of President Recep Tayyip Erdogan. With any luck, such blatant neglect of civil rights might draw international criticism of Erdogan's administration, and possible support for the populace.

Sunday marked the end of the Lima climate conference, and with its closure the establishment of a global plan for all nations to commit to reducing greenhouse gas emissions. The finalization of the plan came after days of rigorous debate over each nation's individual responsibility in the matter, and policy makers are relieved to have reached an agreement. Unfortunately, the plan currently lacks an established system for ensuring compliance, and as such has received much criticism.

Russia has been hit hard by ongoing drops in oil prices, and as a result the value of the ruble has recently fallen to a new record low. In response to these economic hardships, Russia has been buying up massive amounts of gold, totalling to about 130 tons in the past year. However, Russia is not alone in this endeavor as China, India, and many other emerging companies are purchasing gold as a means of safeguarding their economic interests.

In order to establish plans for our nation's financial future and thereby avoid another government shutdown, the Senate passed a spending bill Saturday that will see the U.S. through the end of this fiscal year. While the number and timeframe in and of themselves may seem staggering, the fact that the government came to the verge of another shutdown is troubling news to many.

Among the recent passage of bill in Washington, Friday saw a plan to expand Gettysburg Park make it through Congress. The expansion will add 45 acres, the historic Lincoln Train Station,and a large expanse of environmentally sensitive land. The proposed expansion was passed by the Senate as part of the $585 billion defense policy bill. While many are happy to see the expansion of the park, all this recent financial action has many asking where exactly the money is coming from.