Kansas gets slapped with an federal order to raise its ban on same-sex marriage, while the former Mayor of Iguala, Mexico and his wife get hauled into custody in relation to September's missing student case. There's some crazy stuff happening out there, and you can find it all right here. 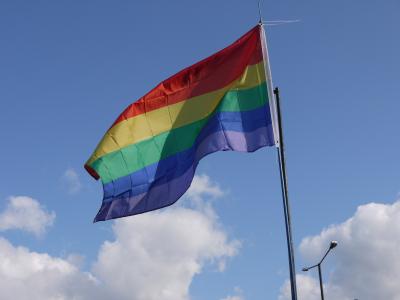 Early in September, 43 students in the city of Iguala, Mexico disappeared under suspicious circumstances. Not long after, authorities uncovered mass graves at several locations, some of which contained the bodies of missing students. Now police have arrested both the former Mayor of Iguala and his wife in connection with the disappearances.

The app that helps the Chinese masses mobilize online

In a country where communications have been historically restricted by government regulation, the mobile messaging app, WeChat, has gained widespread popularity. The app played a pivotal role in the organization of the recent Beijing protests, as its functionality includes the ability not only to text and voice chat, but to form groups of up to 500 people. While the app may not yet have gained popularity stateside, it is a crucial tool for social organizers in countries like China.

After months of reform across the country in the realm of same-sex marriage allowances, Kansas has finally been pressed by a federal judge to overturn its ban on the act. U.S District Court Judge Daniel Crabtree defended same-sex couples' right to marriage citing the 14th Amendment as protection for their rights. The ban is set to be lifted within a week unless Kansas chooses to appeal.

In New Bloomfield, Pa., it appears that someone with a disdain for the scenic pleasures of Pennsylvania set fire to one of the state's historic covered bridges. The bridge in question is the 125 year old Dellville Covered Bridge, which has been around since 1889. Police say that there is no doubt that the fire was set intentionally, and they are proceeding to search for suspects in the Wheatfield Township area.

A new attempt has been made on behalf of the Erie School District and the city itself to deny the Bay Harbor Marina's most recent request for tax exemption. The argument is being made on the grounds that there is enough evidence to support that the marina is being maintained as private property, and therefore should not be exempt from paying property taxes.