It looks like President Obama is finally putting his executive powers to use in the matter of immigration laws, and while that's all well and good, it seems that our military officials are considering a ground force intervention in Iraq. Otherwise, global climate change continues to be a hot issue worldwide, and at home Tom Wolf is saying "no thank you" to gifts. The week's almost out, make sure you're still in the loop. 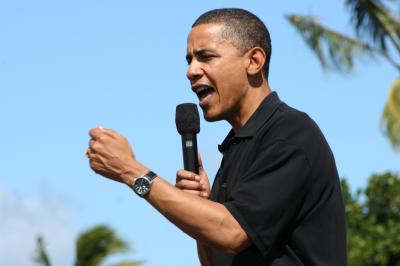 The climate change deal reached by the U.S. and China this week has been months in the making after U.N. summits, climate change marches in New York, and a slew of press conferences around the globe. Given the new plan the two countries have set in place, NPR's Christopher Joyce sits down with Elliot Diringer, the Executive Vice President of the Center for Climate and Energy Solutions, in order to investigate the real world implications of the deal.

In the wake of the Iraqi military's struggle to combat Islamic State militants over the past months, Army Gen. Martin Dempsey announced Thursday that the U.S. would consider sending ground forces to offer some support in the region. His reasoning behind this consideration is that while the Iraqi forces may be able to combat ISIS on some fronts, he is concerned in their ability to tackle more complex operations such as retaking cities, or restoring the Syrian border.

The New York Times reported Thursday that President Obama has announced plans to allegedly remove the threat of deportation for potentially millions of immigrants. Although the details of this executive action remain under wraps, this move comes on the heels of President Obama's recent announcement that he would use his executive powers to shift the landscape of our country's current immigration issues. According to the Times, a formal announcement of the plan may be released within the next week.

Gov.-elect Tom Wolf has announced a gift ban for his transition team which he plans to extend to all executive employees. This move comes as part of an ethical conduct code that Wolf has recently been a proponent of. Though this seems to be a small step, hopes are high that this action is an indication of Wolf's commitment to cleaning up legislative bodies in our state.

Erie School Board Suspends Sports 'C Rule' For a Year

In an effort to increase sports participation and encourage academic development, the Erie School Board is set to shift eligibility requirements for students interested in athletics programs. Formerly, students were required to maintain an overall 'C' average in their class work to be eligible to play sports. The new rule is based around a more general standard that the student be passing four full credit classes.