You won't want to miss what is sure to be night of purely magical jazz chemistry as these talented and celebrated musicians take the stage. 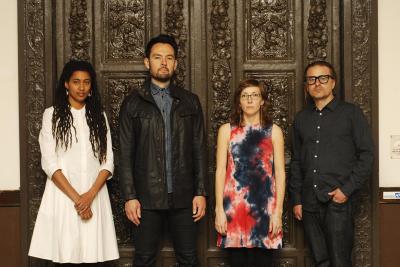 Reid, who has been described as "a remarkably versatile player" by Howard Reich of the Chicago Tribune, will be playing alongside several other impressive artists, including world-renowned jazz guitarist Mary Halvorson, double bassist Jason Roebke and drummer Tomas Fujiwara. As an educator, Reid has led string improvisation workshops in Italy and the U.S.

Halvorson has visited Erie a few times in recent years and returns this time as the recent winner of four categories of the Downbeat Critics Poll, including world's best jazz guitarist. NPR's Lars Gotrich has stated she is "the most forward-thinking guitarist working right now," which will make for quite the show when combined with the talents of the rest of the quartet.

The Tomeka Reid Quartet will treat crowds to their avant-jazz stylings that show equal parts experimentation and improvisation with an overall love for groove. You won't want to miss what is sure to be night of purely magical jazz chemistry as these talented and celebrated musicians take the stage. — Roman Sabella