The once-lauded New York City band continues its slide into producing songs that are mere shades of its past glory.

by Alex Bieler
View ProfileFacebookTwitterInstagramGoogle+RSS Feed
September 17, 2014 at 5:05 AM 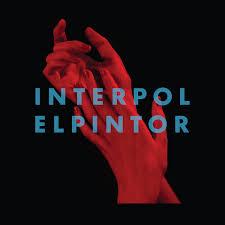 Even 12 years after breaking onto the scene, Interpol still has to compete with the success of its debut album Turn on the Bright Lights. It's a bit difficult to feel bad for the New York City-based band, given that its early success turned them into indie darlings. Like other exciting new bands in the early-2000s (read: The Strokes), however, Interpol's shown a steady decline since its wonderful beginning. To say that Interpol's new album El Pintor is bad is unfair, but it comes off as though the trio fleshed out a bunch of b-sides from past records. Opening track "All the Rage Back Home" starts off El Pintor on a promising note, an enjoyable up-tempo track that's dark yet danceable. However, the intrigue hits a wall elsewhere on the album, with "Tidal Wave" and "Twice as Hard" creating a droning final two tracks. There are flickers of Interpol's past success, but the bright lights never really get turned on during El Pintor.