Interview with Tina May Hall

An interview with award-winning fiction writer Tina May Hall, who will be reading her work at Penn State Behrend on Thursday, April 14. 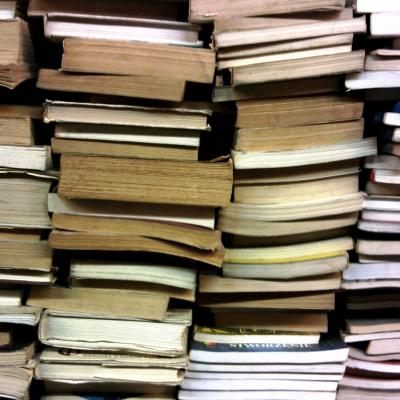 On Thursday, April 14, the fiction writer Tina May Hall will be reading her work at Penn State Behrend, followed by a short Q&A.

Hall writes experimental fiction that often reads more like poetry, driven as it is by language and by images.  Her stories exist in a state of becoming?form is restless, narrative is given mainly by implication.  Like Hemingway's iceberg theory, there is much beneath the surface of these stories:  there is much hiding in the gaps between words and images, waiting for the reader to discover it.

Her collection of short stories, The Physics of Imaginary Objects, was chosen from a field of nearly 350 entries for the Heinz Prize, one of the nation's most prestigious literary awards.

"The stories test how language determines being," Hall says, "how the body and words interact, how story can be tactical rather than strategic, and how the familiar might be made strange. What ties them all together, I hope, is the sense that just around the next indent, anything can happen."

Hall's novella, All the Day's Sad Stories, was published in 2009 by Caketrain Press. Her fiction has appeared in such journals as 3rd Bed, Quarterly West, Black Warrior Review and Descant, and has been nominated for the Pushcart Prize three times.

In a broad sense, I think poetry and fiction have the same purpose as any kind of art—to remake the world, to reveal something about it, to give us another lens through which to view our lives.  Poetry and fiction both work through empathy and image.  The two deviate in the ways that they create tension to pull the reader through a piece. Usually we look to narrative arc and character development to do that in a piece of fiction. The line itself, along with the energy of the language (and in formal poetry, the expectations set up by the form), are what pull the reader through poetry. Of course, there is great overlap between the two genres and great potential for play. This shifting edge between poetry and fiction is what I find really interesting to explore in my own writing.

Do you differentiate between what is a "fiction" and what is a "story"?  What requirements do you have for a piece of fiction?  How do you know when a piece of experimental fiction is "finished"?

I differentiate between novels and stories, but I don't think a short piece can't be called a story simply because it isn't driven by narrative. My requirements for fiction are pretty loose, but I think it has to be written in sentences and it has to be ostensibly untrue.   After that, categorizing something as fiction or poetry is to some extent authorial privilege. For instance, I don't see a lot of difference between short shorts and prose poems, but I think it is really important to think about how the writer categorizes his or her work. A poet working with the prose poem is challenging different traditions than the fiction writer working with the short short.

In terms of knowing when a story is finished, I think the process is the same whether it is a traditional story or a more experimental one. In either case, you want to establish a source of tension, and you want the tension to rise and to come to some kind of payoff.  It doesn't really matter whether that tension is the product of a conflict in the events of the story or whether it is a product of the imagery of the story.  Either way, one has to be sure the urgency of the story is established and sustained and that the ending brings readers satisfaction.  It normally takes me several drafts and a few years to get a story to a place where it feels "full" enough and where the tension seems to be working in the right way, but eventually, it all starts to hang together.

How does a piece begin for you?  Are there certain characteristics that you tend to revise for?

My stories generally begin with a sentence or an image.  Then I write for a while and throw stuff away and then write a bit more and throw stuff away, and then I put the story away for a few months and come back and start writing and discarding again.  I love revising and fiddling with things, so for me, it is a long and enjoyable process.  I tend to revise toward greater complexity in the layers of the story while also trying to compress the language.

What other modes do you work in?as a writer but also in terms of other artistic media?

Fiction is really my primary mode.  I've done a little very amateurish work with video and I love to think about the possibilities of other types of media intersecting with fiction, but the sentence is the unit of meaning I feel the most comfortable with.

Hall's reading begins at 6pm in Behrend's Smith Chapel. A reception for her will be held one-half hour prior to the reading; both events are free and open to the public. Free parking will be available at the college's Junker Center.