For anthemic, vitalizing punk rock, there's almost no better place to look to than Iron Chic. 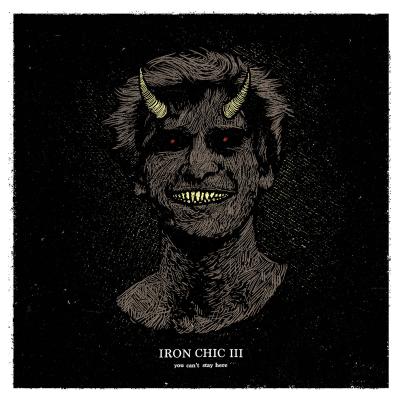 For anthemic, vitalizing punk rock, there's almost no better place to look to than Iron Chic. From the ashes of Latterman and the Shorebirds, the Long Island quintet continue to build on their impeccable, yet relatively short catalog. The band's third full length since their 2010 debut, You Can't Stay Here doesn't stray all that far from the band's initial mission statement. A perfect blend of fun singalongs and light introspection, this release is sure to appease the band's dedicated following. This brand of punk rock is arguably some of the most pure, potent, and powerful stuff available these days. There a few surprises on this record, like the keyboards on "Lets. Get. Dangerous," and most noticeably, the acoustic, minor-tinged ballad of "Ruinous Calamity." After a fuzzy instrumental intro, the album cuts in with the energetic one-two punch of the first two tracks. It finishes strong as well with "To Shreds, You Say?" The simple, phonetically-dependent lyrics of Jason Lubrano may be short on syllables, but they're heavy on meaning, passion, and that special kind of fist-pumping honesty that gets flannel-clad, bearded, PBR-soaked punks to sing their damned hearts out.