Electric vehicles and supporting infrastructure could use a jolt 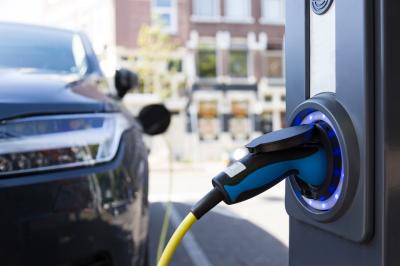 In order to achieve net zero emissions by 2050, Earth's dependency on fossil fuels will need to go the way of the dinosaurs.

According to the United Nations Intergovernmental Panel on Climate Change, who set the goal, that's our only hope of limiting the average global temperature to 1.5 degrees Celsius (2.7 degrees Fahrenheit) above pre-industrial levels. The repercussions of climate change are already being felt in the form of droughts, wildfires, flooding, and more severe and more frequent weather events. As average global temperatures rise, so do the human and economic costs.

The transportation sector has been one of the biggest contributors to climate change over time, with the average (internal combustion engine) passenger vehicle emitting approximately 4.6 tons of carbon dioxide annually. Multiply that by the number of vehicles on the road and the numbers become very alarming very quickly. This is why local and national governments the world over, including Pennsylvania, are implementing plans for broadscale adoption of electric vehicles (EVs), which produce little to no emissions.

EVs come in two major categories — battery-electric (vehicle runs off electric battery power exclusively for its entire range) and hybrid (vehicle runs off electric battery power for the first 20-50 miles of its range before switching over to internal combustion). Batteries are replenished at Level 1, Level 2, or Direct Current (DC) charging stations. As the slowest option, Level 1 is only practical for overnight home use. Level 2 is the most prevalent station type, offering 10 to 25 miles of range per hour of charging. Still, that's not exactly suited to long distance or expedited travels, which is why DC charging stations are the future — a half hour's charge with nets 100 to 250 miles of range.

The number of EV registrations in Pa. doubled between 2017 and 2019, demonstrating progress, but there is still a long way to go. In our corner of the state, the distance seems even greater. Per the Pennsylvania Electric Vehicle Roadmap: 2021 Update published by the Pennsylvania Department of Environmental Protection (DEP), there were no more than 15 EVs registered in any zip code within Erie County. Statewide, EVs only constituted about 1.15 percent of light-duty vehicle sales in Q3 2020, the most recent for which data is available.

Driving PA Forward is the state's comprehensive plan to facilitate the transition to clean and alternative fuel sources, both commercially and publicly. It touches on everything from boats to buses, but of most interest to civilian commuters will be the DC Fast Charging and Hydrogen Fueling grant program and the Level 2 EV Charging rebate program. These programs incentivize laying down the infrastructure for a future when EVs are the norm. To that end, the Wolf administration is currently (no pun intended) drafting legislation that would require automakers and brokerages to make EV options more widely available to all Pennslyvanians.

About the DC Fast Charging and Hydrogen Fueling Grant Program

About the Level 2 EV Charging Program

When Will Erie Go Electric?

It is difficult to predict when EVs might dominate our streets — for that distinction still belongs to the potholes. Leading EV manufacturer Tesla has still not found an outlet here, but a number of our dealerships offer hybrid or battery-electric models of other makes. The infrastructure is still lacking and does not seem an immediate priority of PennDOT and the DEP — surprising when considering Erie's central location between three major metropolitan areas, but unsurprising when acknowledging the minimal adoption rate of EVs locally.

Nonetheless, a map of PennDOT's planned electric vehicle corridors, which will feature charging stations every 50 miles within 5 miles of a major interstate, reveals Erie County's portions of I-79 and I-90 as "pending." So it seems we are indeed gonna rock down to electric avenue — but we may be waiting in the garage for a while while our ride charges.