It's a Trap!: Jigsaw is Just as Gruesome and Incomprehensible as Always

If you're interested in spending your day watching scenes of gratuitous violence, then Jigsaw is the film for you. 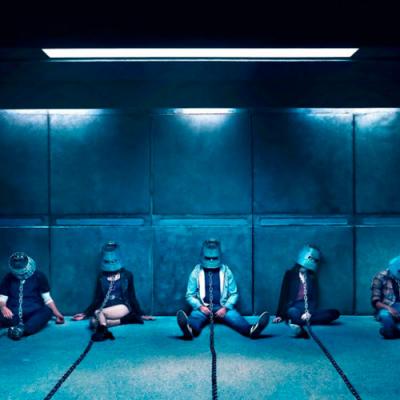 Set 10 years after the killing sprees committed by the infamous "Jigsaw Killer" (Tobin Bell), the police suddenly receive information that five more people have been placed in a sadistic game that may result in their deaths. Has Jigsaw returned from the dead or is there a copycat killer continuing his legacy?

Fans of this series should already know that nothing is as it seems. This horror franchise has long since devolved into convoluted storylines (with scenes taking place months or even years apart) and scenes of stomach-churning torture and dismemberment. This entry is no different, although it does manage to be slightly more coherent than the later films, but no less brutal. In the end, that's really the problem with these films; once you get past the initial shock factor of watching people getting cut to pieces in various creative ways, there's really nothing else to see. These films aren't scary and the stories are too needlessly complicated to be of any interest.

If you're interested in spending your day watching scenes of gratuitous violence, then Jigsaw is the film for you, but don't expect anything more. — Forest Taylor