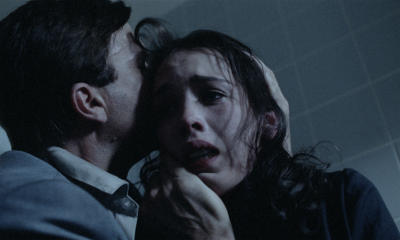 As any true horror fan knows, what may at first appear dead is often never really gone for good. The four-day Eerie Horror Fest is a prime example. The event is not only very much alive, it's alive and moving, with all the pieces you remember, and plenty of fresh new parts being introduced this year under the leadership of the Film Society of Northwest Pennsylvania.

The Eerie Horror Fest makes its return Oct. 27 at the Erie Playhouse in downtown Erie. This once huge, cultural event was originally founded by the Ropp Family. They held the event for 11 years, eventually growing into the Warner Theatre and at its peak, welcoming thousands of genre fans from all over the country. John Lyons, programming director of the Film Society of NWPA, says it's where he "found his taste for horror."

"It has been out of operation for about five years and has been sorely missed by not only horror hounds but the local film community and the community at large," said Lyons. "The Film Society of NWPA approached the Ropp family about bringing the festival back to life under our wing and they have agreed." Lyons as well as Erika Berlin, executive director of the Film Society of NWPA, serve as leadership to a team that includes both lead members of past Eerie Horror Fests David Von Bostaph and Mark Kosobucki and new marketing and events experts Amanda Shaffer, Dorota Swies, and Margaret Dieudonne. Greg Ropp will also continue to be involved in the fest.

"Each year Greg Ropp will continue to host a block of films [called] 'Poppa Ropp's Fright Flix,' named after his late father Dick Ropp, whose eponymous Edinboro Video Store introduced me to so many great films across all spectrums back in the days before the internet and Netflix," Lyons said. "It's important to carry on that tradition of discovery," Lyons added, "while also aligning the event with the Film Society's mission of elevating Erie's film industry, empowering regional filmmakers, and of course fostering support for the art of film."

Lyons says the Film Society will reintroduce the community to this four-day event while also programming some new films for audiences to discover, some of which aren't out until next year. "We're going to bring some stars to our city and showcase their classic films. And we're going to give creatives here — not just filmmakers but writers, actors, and other creatives — the opportunity to network with industry experts and learn how to pitch the idea to potential investors, producers, distributors," said Lyons.

Film festivals offer a platform for filmmakers to get their films made by presenting their creative ideas, their stories, talent, and skill. Writers and filmmakers around the region will have the opportunity to bring their stories to life on Saturday afternoon at the Velocity Network building (121 W. 10th St.), where the Greater Erie Film Office and Blood Oath will host a networking event and industry panel on how to pitch your idea to producers and distributors. They will introduce a new Pitch Competition for Eerie Horror Fest 2022 with great new opportunities for writers and filmmakers to bring their stories to life.

Michael Biehn (The Terminator, Aliens, Tombstone) Girard native Marc Blucas (TV's Buffy the Vampire Slayer and the locally-made Unearth) and David Naughton (An American Werewolf in London). A new aspect to this year's fest will be video gaming demonstrations and showcases.

Wednesday and Thursday 4 to 11 p.m., Friday 4 p.m. to 2 a.m., Saturday noon to 2 a.m. // Erie Playhouse, 13 W. 10th St. // All-Access Passes and single Day passes are available. All-Access includes admission to all four days of the event (and celebrity meet and greet events at the Meiser Building, 23 W. 10th St., and the Film Industry Panel and Reception with Blood Oath and Marc Blucas) for $125 or $150 if you'd like to add a poster/t-shirt. Day passes can be purchased for $25 // Erie Playhouse doors open at 4pm and the program starts at 5 pm. COVID policy and guidelines of the venue will be followed // Check out eeriehorrorfest.com for more information.

The Erie Downtown Partnership and Film Society of Northwestern Pennsylvania regret to announce that we must cancel the Nightmare on State Street Costume and Dance Party event due to ongoing concerns of the COVID-19 pandemic and staffing issues related to food and beverages. Those who have already purchased tickets have been refunded in full. Thank you for your support and apologies for the inconvenience.

Amy VanScoter enjoys watching horror movies all year, especially during the month of October. She can be reached at avanscoter@gmail.com.

The Countdown to Con