And I'm glad we're still able to dread it 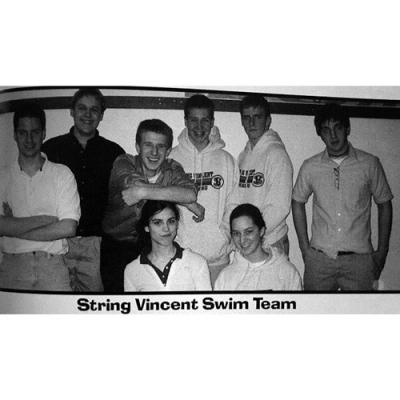 For many children, "back to school" and "existential dread" become fast companions at an early age. I should know — before the onset of gradual physical and cognitive decline that began in my 20s (and has accompanied me into my 30s), I was one of them. Each year, my heart plunged as I realized that months of hard-earned sloth had slipped away, leaving me face-to-face with the immediate threat of industry. Indignantly as a soap opera starlet, I sloshed the last drops of summer Kool-Aid in responsibility's grill and packed my bags for another season of begrudging academic excellence.

As an adult with exponentially more and greater concerns (rent, bills, career trajectory, mate selection, intercontinental ballistic missiles, keeping up with the Kardashians, etc.), I am highly amused by the melodrama of my youth — especially my pubescent years. My teenage calendars and agenda books traced the agonizing wait between summers with Neo-Gothic flair, sections of pie graph skull disappearing piece by piece as liberation from my "oppressors" grew ever nearer (aw. Poor kid, bitching and moaning despite prospering within the structure explicitly laid out for him.)

Freedom is a bit like community supported agriculture — everyone wants in at first, but once they get their share, most have no idea what to do with it (like kohlrabi, how much of each summer vacation did I throw away sitting in front of a television?) One thing is for sure, though — education gives free society the ingredients it needs to work with, so it's imperative we make the most of every last parsnip and rutabaga. Since earning my diploma many moons ago, the Erie School District has been challenged with the possibility of opting out entirely, a reality far more bitter than the Swiss chard one might spit directly into the garbage disposal.

Due to a ballooning deficit and a shrinking tax base, the district's students and parents have not been dreading going back to school in recent years so much as having schools to go back to.

Due to a ballooning deficit and a shrinking tax base, the district's students and parents have not been dreading going back to school in recent years so much as having schools to go back to. Through consolidation, the ESD has avoided that grim potentiality. While strategic attrition is certainly a better alternative than extinction, it has still been painful to watch such prominent pieces of my past altered or erased. The Roosevelt Middle School I knew (2300 Cranberry St.) closed its doors in 2007, and is in such ruin that even Indiana Jones himself would hesitate to set foot in it. Sure, the building was on borrowed time when I attended — but it was our borrowed time. Leaking ceilings and peeling paint? Whatever, us kids were just worried about how our JNCO jeans and fragile self-esteems were holding up.

Truth is, though, ESD students haven't been blessed with ideal circumstances for a long while. During my high school years, I reluctantly loaned my body to a Strong Vincent speedo for two campaigns, and it was a real eye-opener (wink, wink). Indeed, nothing is more illustrative of the haves and have-nots than a locker room and its adjoining natatorium. The Strong Vincent pool was not even fit for competition — it was five yards too short and two lanes too narrow, its temperature vacillated between Amazonian heat and Baltic chill seemingly on a whim, and occasionally mysterious clouds rolled in, transporting us to a Scottish loch. Virtually any other school's facilities seemed Olympian in comparison.

Nonetheless, we managed. As strange and foreign as "Erie High" may still sound to some, it is a reality I've already lived. We traveled and hosted our meets jointly with Central. When our pool broke down, we practiced at East. Many of the "athletes" (including myself) were Collegiate Academy students, providing just enough bodies for each school's swimming program to exist. We combined forces, adapted together and survived. As long as the ESD, faculty, students, and our state lawmakers apply the same strategy, maybe the coming school years won't be so dreadful after all.

Nowadays, Matt Swanseger mostly dreads deadlines. He can be pressured further at mswanseger@eriereader.com