It's January. So Where's that Dang Global Warming When You Need It?

Brew a cup of tea and learn more about climate change and our weather. 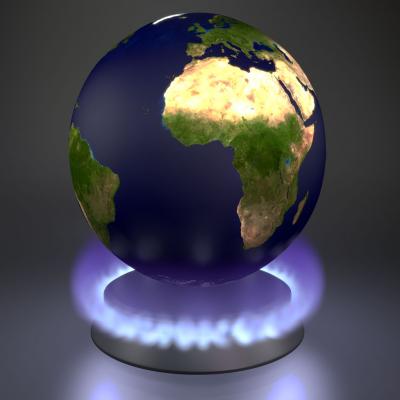 I wait for it every winter. The first time some smart aleck cracks wise with "So much for global warming," as temperatures dip below freezing. I try to keep my sense of humor and not consider bodily harm as a comeback.

We are a very confused people about global warming (and its sister term, climate change). Some genuinely think that global warming cannot be occurring because it is cold wherever they happen to be. They ask, "If it exists why is it still cold here?" Or, "Why are Erie winters seemingly even colder than before?"  So, what is the deal?

The deal is this: When the term global warming is used, it is referring to, very specifically, "the recent and ongoing rise in global average temperature near Earth's surface," according the Environmental Protection Agency's web site.

It is caused, mostly, by increasing concentrations of greenhouse gases in the atmosphere, and because of that concentration, scientists have measured a rise each in year the global average.

So can we hope that someday our progeny here in Erie will be living in the tropics?

This is because global warming, as a concept and buzzword, first dawned in the mainstream mind way back in 1988 when NASA scientist, James E. Hansen, used the term in testimony to Congress. This public description of the problem resulted in the popular media's embrace of the term. Read more hear about the development and use of the terms and here.

Climate change as a term, hasn't been around very long, and, as a motivation to action, it doesn't pack as big a punch as global warming. In fact, in May 2014, Yale and George Mason Universities conducted an in-depth study of the impact of the two terms in the public's mind. It concluded that when the term global warming was used, more people considered it a grave concern and made them feel that containing it was an urgent need, resulting in what the study calls "increased issue engagement." People reacted to the term climate change with far less worry, which resulted in "reduced issue engagement."

The executive summary of the report concluded, however, with this caveat: "It is important to note, however, that connotative meanings are dynamic and change, sometimes rapidly. It is possible that with repeated use, climate change will come to acquire similar connotative meanings as global warming, that the two will eventually become synonymous for most people, or that climate change will supplant global warming as the dominant term in public discourse. In the meantime, however, the results of these studies strongly suggest that the two terms continue to mean different things to many Americans." Read the full 32-page report if you want to learn more.

As if to prove their point, when a search was conducted of Wikimedia images to use with this story, both terms yielded very different results. The global warming search resulted in numerous pictures of melting globes and threatened glaciers along with the expected bar graphs and maps -- images that were far more visually engaging. The climate change search yielded mostly graphs, maps, and images from scientific conferences (people sitting in a darkened room watching a presentation, of typically, a chart. In 400 images, not one melting glacier or Earth.

When Erieites complain about the cold and wish for global warming because they think it means warmer winters in Erie, tell them to hold off on the margarita-making because climate change might actually mean that our winters could be colder and snowier. Try not to get mad or punch them. Just send them this link.