The man who once stapled his scrotum for a laugh will be in Erie for a three-night stint.

by Alex Bieler
View ProfileFacebookTwitterInstagramGoogle+RSS Feed
March 4, 2015 at 5:15 AM 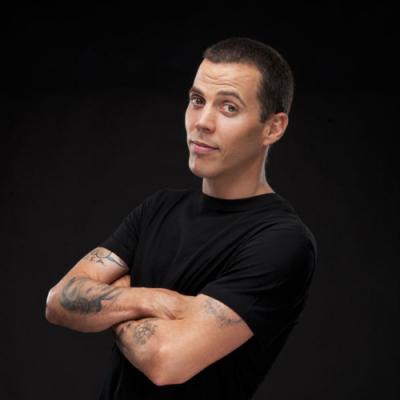 It takes balls for an entertainer to build his career on performance stunts like Steve-O has – and not just because the man famously stapled his scrotum to his leg for a few laughs back in 2003.

Steve-O made his name as part of the infamous Jackass crew in the early 2000s, partaking in all kinds of grossed-out pranks and dangerous stunts to make MTV-loving teens and adults both cackle and squirm. It worked out, given the show's success and the movies that have followed, leaving Steve-O with a lot of notoriety and a large tattoo of himself on his back.

So, then, it shouldn't come as a surprise that Steve-O wasn't intimidated by the prospects of stage fright, leading the man known by his parents as Stephen Gilchrist Glover to try out stand-up comedy. The transition was a smooth  (and likely less painful) one for Steve-O, and he's been honing his craft since 2001, shortly after the start of the Jackass franchise. Now you'll be able to witness the eccentric entertainer's stage prowess yourself when he heads to Jr's Last Laugh for a three-night, five-show run starting Thursday, March 12.

Steve-O likely won't be wielding a stapler during his stay in The Flagship City, but the performer certainly isn't shy about going to great lengths for a laugh, making for five exciting shows at Jr's Last Laugh. – Alex Bieler