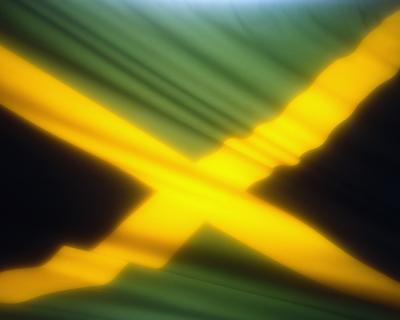 Maybe you like Techno. Maybe you like to round up the crew, grab a few bottles of Captain and breeze on down to the rave spot to get your drunken electronic boogie on.

Or maybe it's rap. Maybe you like to round up the homies and ride the whip to the night club to sip Long Islands and mack on the shorties.

Still better yet, maybe you're a nerd. Maybe you're a member of the fast-bourgeoning, freshly-empowered geek class, who seem to hold all the cards now that their stock has skyrocketed as the world has slowly become one big microchip. Maybe you'll write a few viruses, hack into your main crush's hard-drive, make her CD tray pop in and out a few times, go over some C++ coding just for kicks, then snuggle up with a copy of the Zombie Survival Guide or a similar zombie-themed video game or other media--you snarky bastard.

Whatever you're into, youre still inextricably connected to the vortex. That's right. The cultural womb of the Informatrion Age sits Just under the Bermuda Triangle, in the steamy waters of the South Atlantic.

Yup. I'm saying Jamaica and to a lesser degree, its supporting cast of islands made all your pop-culture dreams come and come true. Jah Mon. The islands are our cultural daddy—or at least a highly-influential constantly-stoned neighbor.

Jamrock, as Damien Marley called the island Republic is tucked behind Cuba and Hispaniola, the island that houses Haiti and the Dominican Republic. The two bigger islands form a hedge to the North and Northeast of Jamaica, penning it into an almost-circular pocket formed by Cuba, Hispaniola, Central, and South America.

When Columbus rolled through and stuck a flag in the dirt in 1494, the population was mostly Arawakan-speaking Indians. Columbus, working for Queen Izzie and King Ferd the time, called the island Santiago. Before that, the natives called it Xaymaca. After Britain took control, pulling a Caribbean jack-move on the Spanish in 1655, the island became known as Jamaica.

The Captain Takes it Cappin'

Jacking the islands was part of a sort of economic set-war among European Monarchs, over New-World possessions. Britain developed a plan to take Hispaniola from Spain as a way of gaining position and hurting their pockets. Spain had conquered Mexico, the Carribean, Central America, and much of Northern South America, affording them a jackpot of gold, natural resources and slave labor in the Americas. Ships pinballed back-and-forth across the Atlantic, from the Spanish Main, as the area was called, to Europe and back, shipping gold and goods to Spain like a trans-Continental UPS network.

Britain wanted disrupt the Spanish money-machine, set-up shop and dig their hands into Spain's New World cookie jar, so they threw together an army and sent ships to take Hispaniola, thinking Spain's defense there was weak. But they were wrong. And when the invasion flopped, the discouraged British war-party rerouted and took more loosely-guarded Jamaica instead.

Britain didn't do so well in Jamaica at first. The Spanish sabotaged the island before they fled, training the island's Africans and Indian natives in Guerilla warfare, creating a sticky situation. And despite the fact that they had taken the island, the British were still surrounded by Spanish enemy strongholds. Pressed, the Jamaican governor summoned the powers of the original swashbuckling Caribbean gangsta—The legendary Captain  Henry Morgan. Morgan sacked Spanish strongholds, plundered booty and returned to Jamaica with valuable Spanish secrets, all the while, keeping the encroaching enemy off-balance and at bay.

After that shaky period, Jamaica boomed economically, pumping out crazy amounts of  sugar  and other products for the British Crown through the 1800's and beyond. Britain's West Indian colonies continued to serve as a major point of leverage and revenue for Britain even after. In fact, trans-Atlantic pump-faking between the US, France and England played a big part in the US decision to declare war on Britain in the War of 1812.  In the early 1800's, the US depended heavily on revenue it gained selling goods to the British West Indies. When the money dried up as a result of coercive trade policies, the US was pushed a crucial step closer to military action.

Jamaica's newly majority-black population slowly worked it's way to complete independence in 1962. The social and cultural upsurge that followed spurred some of the most influential cultural happenings of the current era.

The American counterculture explosion of the late 60's to early 70's spurred a musical revolution that hugely influenced Jamaican music. That change in turn spun around and sent shockwaves through the US and other parts of the world.

The marriage of American rock and rhythm and blues, with traditional Jamaican music styles, created Ska, Rocksteady, Dub and Reggae which created the underpinnings of Punk, Techno, Drum and Bass, Electronica, Garage, Trance, Disco, and Hip-Hop.

Without Dub, Ska and Reggae, there would be no Punk, Techno or Hip-Hop.

The biggest development was that of "dubbing." Dub pioneers like Osbourne "King Tubby" Ruddock and Lee "Scratch" Perry would remove the vocal portions of old songs, recording and rearranging the drum and bass portions to create new songs.

Mixing went crazy after that. Artists found a slew of different ways to break up the drum and bass pieces of old records, spawning drum and bass music and its long lines of musical descendants.

Religion caught on too.

Not the American use of Marijuana as a source of spiritual inspiration—though that's a factor too—no. I'm talkin' Voodoo.

While Steven Seagal did put a whoopin on Jamaican Voodoo Man Screwface, in the 1990 film Marked For Death, that isn't the crossover I'm talking about either.

It's the whole zombie thing. Yeah, zombies are a Carribean thing too. When colonists forced Christianity on the people of the islands, the core West-African beliefs the people came with, mixed in with it. There are different variations depending on where you go--in Puerto Rico, for instance, the Voodoo equivalent is called Santeria-- but the core beliefs are basically the same. The pith of this West-African cultural spinoff produced the undead champions of American pop-horror lore.

Hatians call them Zonbis. Africans call them Nzumbe. In the Voodoo tradition, they're the animated corpse-servants of Voodoo sorcerers.  Modern incarnations can result from illnesses, epidemics, or other supernatural sources.

Either way, zombies are in.

Truth is, Jamaica is in our cars, our cups, our clothes, and our ashtrays. It's the Ramones, Lil Wayne, Moby, and Max Brooks. Whether you like Rhianna, The Walking Dead, Reel Big Fish, Foster the People, Adele, Kelly, Kreashawn, or Kanye, Bob, Damien, Remote Kontrol, Jack Sparrow or Sublime, you can't escape the scope of islands' cultural gravity. It's sweet like sugarcane, hot like Jerk, Raw like Nzumbe, Strong like coffee. Cool like Us.