Janis: Little Girl Blue Profiles One of the Key Icons of the Hippie Era 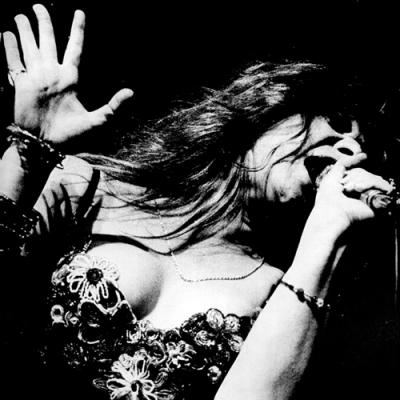 Janis Joplin's life story is, in many ways, the iconic rock star tale of tragedy.

She grew up in a small town. Left it for the big city with hopes of fame and stardom. Achieved both. Made some great records. Developed a drug addiction. Met an unfortunate end.

In fact, she's one of the key members of the morbidly-titled "27 club," a list of musicians who died at that age which also includes Jimi Hendrix, Kurt Cobain, Jim Morrison, Robert Johnson, and Amy Winehouse.

Amy Berg's 2015 documentary Janis: Little Girl Blue tells her tale with honesty and sincerity. The film is organized in response to a series of endearing letters Joplin wrote to her family in Texas as she rose to stardom (and beyond). The narration comes from Chan Marshall of the indie band Cat Power, another talented Southern singer who has struggled with addiction.

Janis: Little Girl Blue has the behind-the-scenes details that are sure to please life-long fans, and enough striking concert footage to reel in new ones.

Berg's film keeps things simple. Expect a variety of interviews with friends and family, some of which prove surprisingly fruitful. Joplin's siblings, for example, are strikingly level-headed and articulate about their sister. Kris Kristofferson, who wrote one of her biggest hits ("Me and Bobby McGee"), shares memories that are both tragic and amusing. There's also some great footage of Joplin's revealing, flirtatious appearances on The Dick Cavett Show – as well as melancholic reflections about her life from its host.

Janis: Little Girl Blue has the behind-the-scenes details that are sure to please life-long fans, and enough striking concert footage to reel in new ones. It's not the most innovative documentary in the world, but it's heartfelt, plain-spoken, and emotionally resonant. – Dan Schank