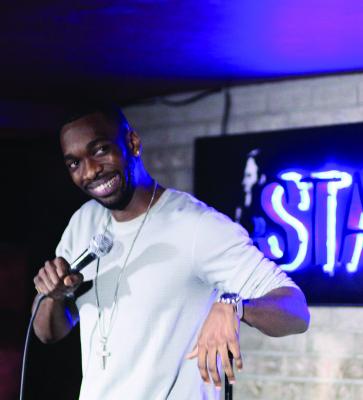 There's something spectacular in watching a true master at work, and when it comes to comedic impressions that's exactly what Jay Pharoah is. A cast member of Saturday Night Live from 2010 to 2016, Pharoah proved to be an invaluable asset to the cast, portraying dozens of well-known figures. Perhaps most notably, he took over — replacing Fred Armisen — as then-President Barack Obama. His take on the President garnered praise even from the commander-in-chief himself. He was able to work in hilariously accurate takes on figures like Kanye West, Ben Carson, and Eddie Murphy. Noting each person's unique mannerisms and vocal tics, he was able to re-contextualize the idea of certain celebrities for millions, especially for figures like Jay-Z and Denzel Washington. In 2017, Pharoah starred in White Famous, which ran for one season on Showtime. The ten-episode series was inspired by and featured Jamie Foxx, taking place in the same universe as Californication. In 2018 he worked with the highly innovative Steven Soderbergh in Unsane, a psychological thriller shot on iPhones. Branching out and exploring new facets of his career, Pharoah is returning to the road of stand-up, with over 200 impressions to draw from, and of course, his own personal take on things as well. — Nick Warren