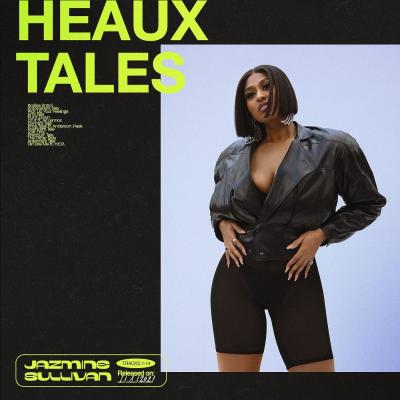 For her first release in six years, R&B powerhouse songwriter Jazmine Sullivan brings us a clearly structured concept album. Thankfully, there's still plenty of her voice to go around on this one. The other voices, however, are the true unifying threads stitching this record together. Following a 75-pound weight loss this year, this release finds Sullivan at her most sexually liberated, and at 14 tracks and over 32 minutes, this is technically categorized as an EP. There are seven proper songs here, as well as an intro and six different audio vignettes from different women describing what they want out of sex and relationships, ergo the tongue-in-cheek title Heaux Tales. Acting almost like theatrical prompts, each of these is an ideation of the song it precedes. The album flows exceedingly well, and if you're not reading each of the song titles one-by-one, the concept may even go unnoticed upon first listen. There are some high profile guests like H.E.R., Ari Lennox, and the magnificent Anderson .Paak. Sullivan's soaring, passionate vocals make each song her own, although the album's production doesn't mine the creative fields that 2015's Reality Show does.