Jim Avett makes his return to the Erie area 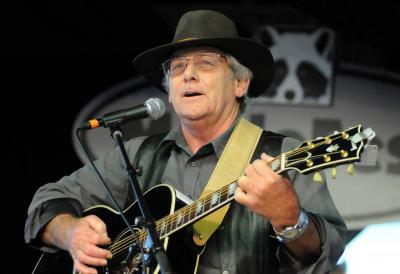 Music, when it comes from the heart and uplifts the soul, has a way of being handed down from generation to generation like a prized family heirloom. Jim Avett's own father, a preacher who filled his family's life with song, bequeathed it upon his son; Jim, in his turn, passed it onto his sons, Scott and Seth, better known as The Avett Brothers, as well as a daughter, Bonnie.

Erie might not have any blood ties to Avett, but that doesn't make the gift of his music to the generations who come to hear him at Room 33 any less intimate or profound.

"When I heard Jim Avett years ago, he brought the house down," said Rebecca Styn, proprietor at Room 33. "His music is so engaging and uplifting…He was one of the first people I reached out to when I knew we were getting ready to open."

Situated along the State Street corridor in a plum location midway between Jekyll and Hyde's and The Plymouth, speakeasy lounge Room 33 is the perfect venue for Avett to make his return to the Erie area — after all, a "generation" ago, Styn's stylishly rendered space served as the Erie Ale House, and the very spot where Avett made his first appearance in the Gem City.

Now, this Navy veteran, farmer and welder-by-trade, whose music career blossomed late in life after the dual responsibilities of work and family no longer confined music to a mere hobby, will return to the stage for what Styn calls "an opportunity to experience musicians that [audiences] may not otherwise have access to." Consider it a royal complement to the many talented local acts in the area, from a father and grandfather who looks forward to every family dinner with the grandkids back home in North Carolina. — Cara Suppa

Pull Up a Chair for the Erie Front Porch Festival