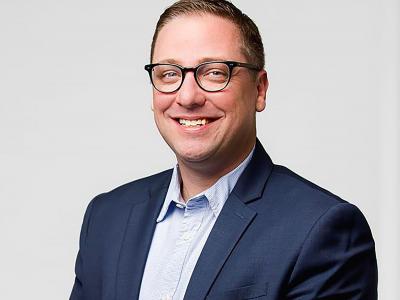 A close race between Jim Wertz, associate dean for the College of Arts Humanities and Social Sciences at Edinboro University and contributing editor for the Erie Reader, and Sam Talarico, a retired teacher and PSEA representative, left Wertz victorious this past Saturday, June 9. He gained the seat by just three votes, for a lead of 42 to 39.

With such a close race, Wertz said it was his message that brought victory. "The race was tight because I had a great opponent. Sam Talarico is a long time party member who has been very active in party politics…he had a significant support network," Wertz said.

"And so did I," he continued. "The difference came down to three votes. I had a message of unity and progress and growth that really resonated with party members that showed up to vote."

With just six months until election day, the Democratic Party has a lot of work to do, Wertz said. Continuing, "the first thing we have to do is unify the voters that we have."

"There have been a lot of folks … who have been politically active in particular issues … and they found a home in championing those issue…but they haven't necessarily into the party to communicate a broader message," Wertz said.

Part of his message throughout the campaign and coming off the weekend has been pushing towards party advocacy, not just political advocacy. This will continue to be a focus as November draws nearer.

"(We're working) to build a bigger party by allowing those folks with specific interests to come into the party, share these ideas, and get them all working together under the platform," Wertz continued.

Voter turnout during the primaries last month was abysmal – just 22 of Erie County voters coming out – but the Democratic Party seems only to be rallying and preparing for the general election.

"In the primaries what you saw was a turnout of what you call 'super' voters. They get to the polls every time," Wertz explained.

Comparing it to the Erie County Dem. Chairman election, he continued: "What we saw on Saturday was a turnout of super Democrats. These are people who are committed actors in the Democratic Party. They do the daily actions of the political party. They campaign in their . It's incumbent on them to elect the leadership in the county party."

"We have 87 elected committee people in county," Wertz said. "81 of them showed up on Saturday. That's a  93 voter turnout. If we could figure out how to bottle a 93 turnout we wouldn't have to worry about midterms in November."