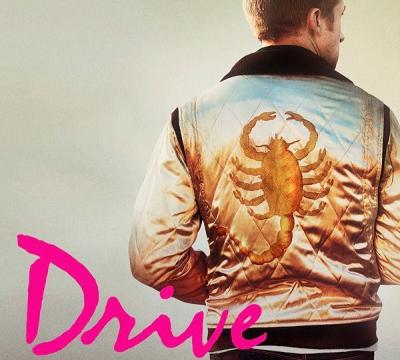 Check out the trailer: http://www.youtube.com/watch?v=CWX34ShfcsE

He is cold, calm, and calculating.  A Hollywood stunt driver and mechanic by day, he moonlights as a getaway driver for hire by night.  Sporting a satin jacket adorned with a scorpion and slowly rolling a toothpick from one check to another, Ryan Goslin is behind the wheel in "Drive."

Without a name ever mentioned, Goslin plays the role of Driver.  And that's exactly what he does. Sliding through traffic, peeling around corners with pinpoint accuracy, all while evading police.  Driver is an absolute professional.

The jobs are arranged by Driver's boss, Shannon (Bryan Cranston).  Shannon runs a small garage and often sets up Goslin with mobster Bernie Rose (Albert Brooks).  Shannon is like a father to Driver, looking after him for the past few years, though he admits that Driver knows far more about a car than he does.

While getting groceries, Driver spots a familiar face.  Irene (Carey Mulligan) and her young son, Benicio (Kaden Leos) have lived next door to Driver for years, though they have never met.  Irene's car has died in the parking lot, and Driver offers them a lift.

It's been a while since Standard was out free on the streets, and he has a hefty debt remaining from before he went in the can.  Getting jumped in their parking garage in front of Benicio, Standard is told that he has to hold up a pawn shop for his ex-boss in order to pay off his debts.  If Standard doesn't agree to rob the pawn shop, Irene and Benicio will be put in danger.  But he can't do it alone.

Driver offers his services to Standard for free.  Dedicated to supporting Irene and Benicio, he will stop at nothing to ensure their safety.  However, the deal goes sour when they are double-crossed.  Standard is killed in the process, with Driver getting away with the money—one million bucks.

Clearly, the setup is part of a much bigger scheme, and Driver finds himself in the middle of a very dangerous situation.  Driver is forced to take drastic, violent, and extreme measures to keep Irene and Benicio safe.

With nothing more than heavy boots and a much heavier hammer, Driver fiercely unravels a plot that puts not only Irene and Benicio, but himself in danger as well.

"Drive" is directed by Nicolas Winding Refn, a Danish director renowned for his independent and critically acclaimed films, "Bronson" (2008) and "Valhala Rising" (2009).  The cinematography in "Drive" is beautiful.  Vibrant colors peel-out across the screen, all accompanied by a trance inducing electronic-pop soundtrack (composed by Cliff Martinez, ex-drummer of Red Hot Chili Peppers) that is reminiscent of 80's pop music.

Although Goslin has very few lines in "Drive," his non-verbal acting is brilliant.  While Driver may not let others know his feelings though dialogue, the adjusted grip on his hammer or the glare in his eyes— even the methodical manner he puts his leather gloves on— tell much more about his characters thoughts.

Although "Drive" takes some time to get going, the entire 100 minutes of it are captivating.  Scenes of extreme violence sporadically occur alongside intense driving and a man protecting the ones he loves.

"Drive" premiered at the Cannes Film Festival in 2011, receiving a standing ovation.  It went on to earn Refn the award for Best Director and was nominated for an Academy Award.

-          Awesome electronic-pop soundtrack that drags you into the gritty and colorful Los Angeles landscape.

-          A phenomenal supporting cast, all actors' performances are top-notch.

-          The few scenes of extreme violence are EXTREME, not cutting away when most films do.