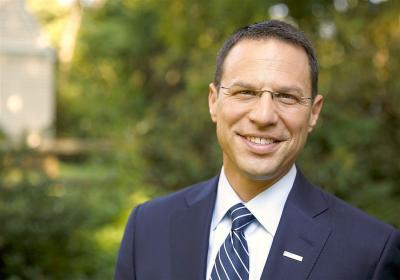 Shapiro, who was elected as Attorney General in 2016, had served in the Pennsylvania House of Representatives where he represented the 153rd legislative district and previously held position as member and Chair of the Montgomery County Board of Commissioners, north of Philadelphia.

"Shapiro is a big name in the Pennsylvania Democratic Party," Jim Wertz, Erie County Democratic Party chairman, said. "We think he has a bright future ahead of him. Those are the kind of elected officials that can really excite the party and really keep people excited about the future."

In addition to Shapiro, John Fetterman, candidate for Lt. Governor of Pennsylvania, will be in attendance alongside a host of local elected officials.

The dinner will be held at the Boston Store in downtown Erie on Oct. 4 from 6 to 9 p.m. Cocktails begin at 6 p.m. with dinner at 7.

The cost is $40 per person to attend. If attending with a party, tickets for a table of eight are $300. Tickets are available at ErieDems.com. Checks can be mailed and made payable to the Erie County Democratic Party. — Hannah McDonald

A Month of Maple at Asbury Woods

by Matt Swanseger2/2/2021, 4:11 PM
Stick with the program for your own homemade maple syrup